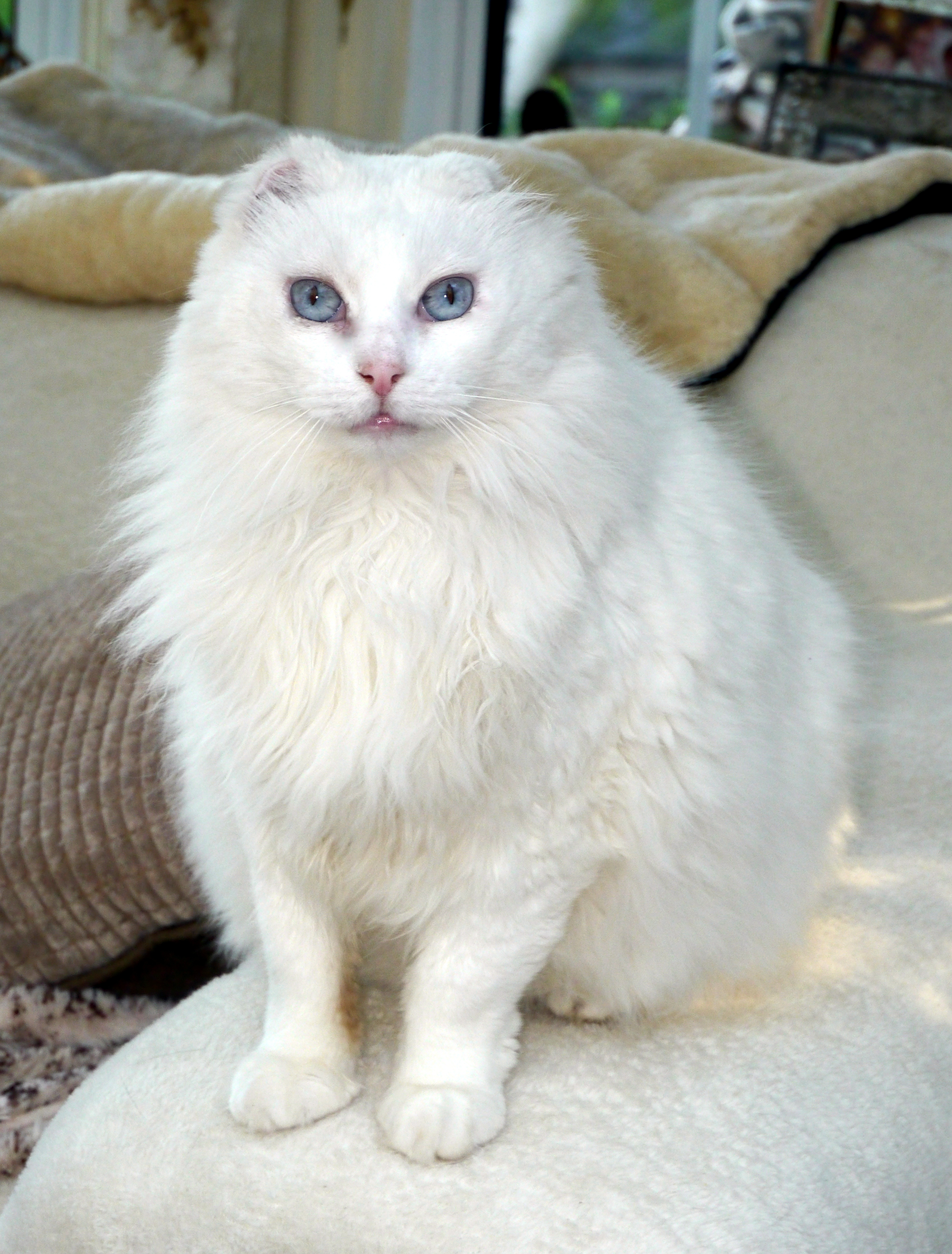 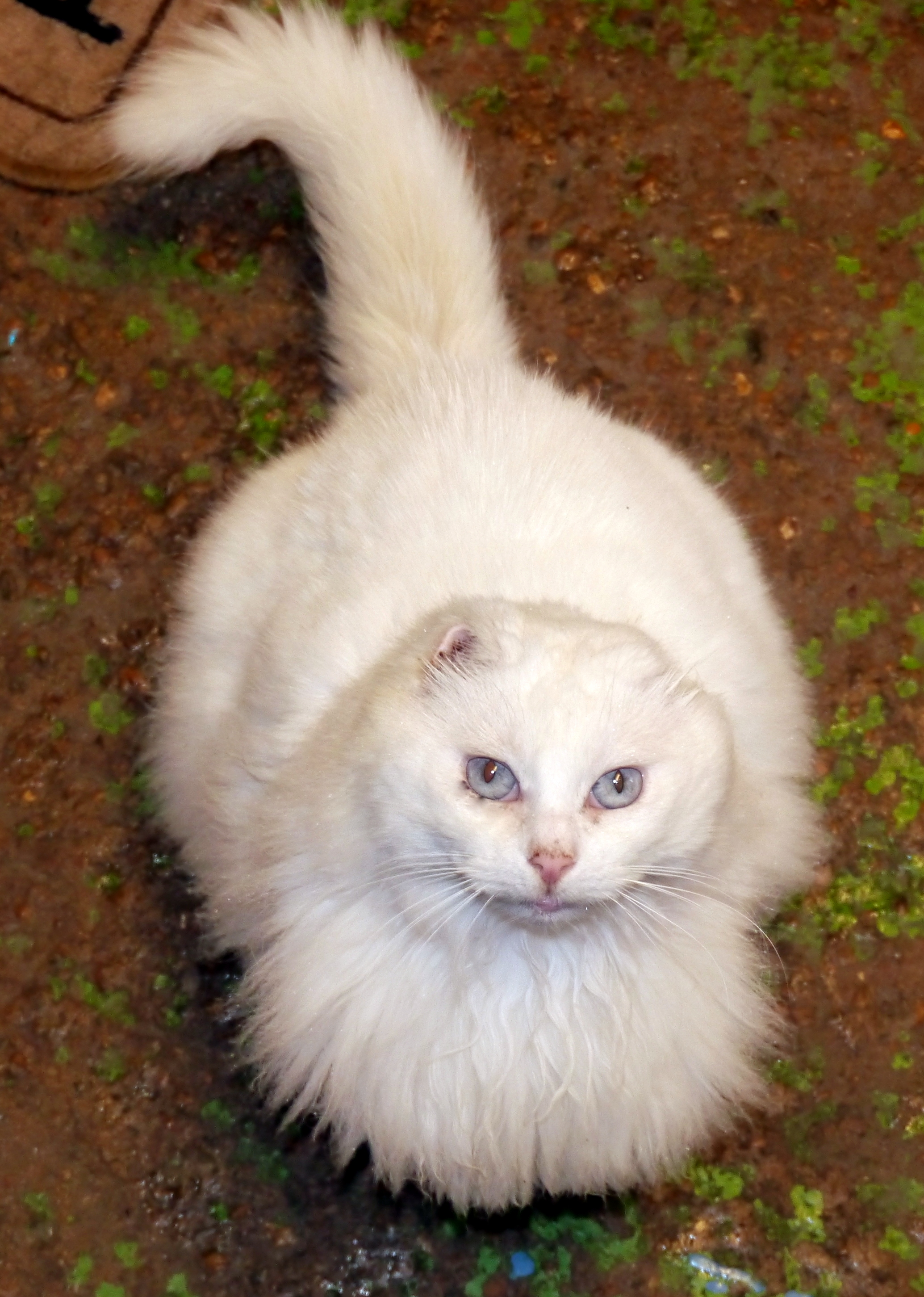 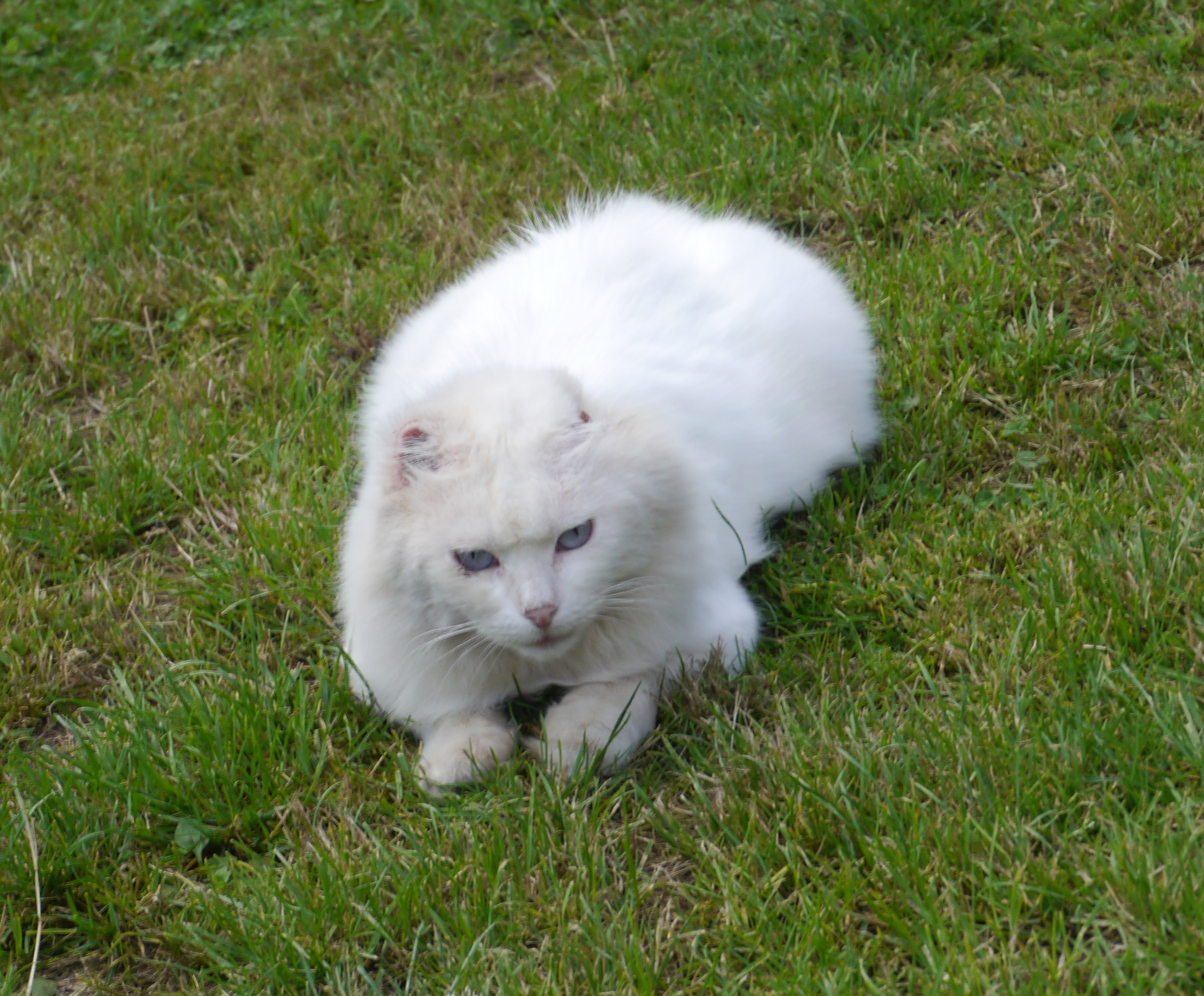 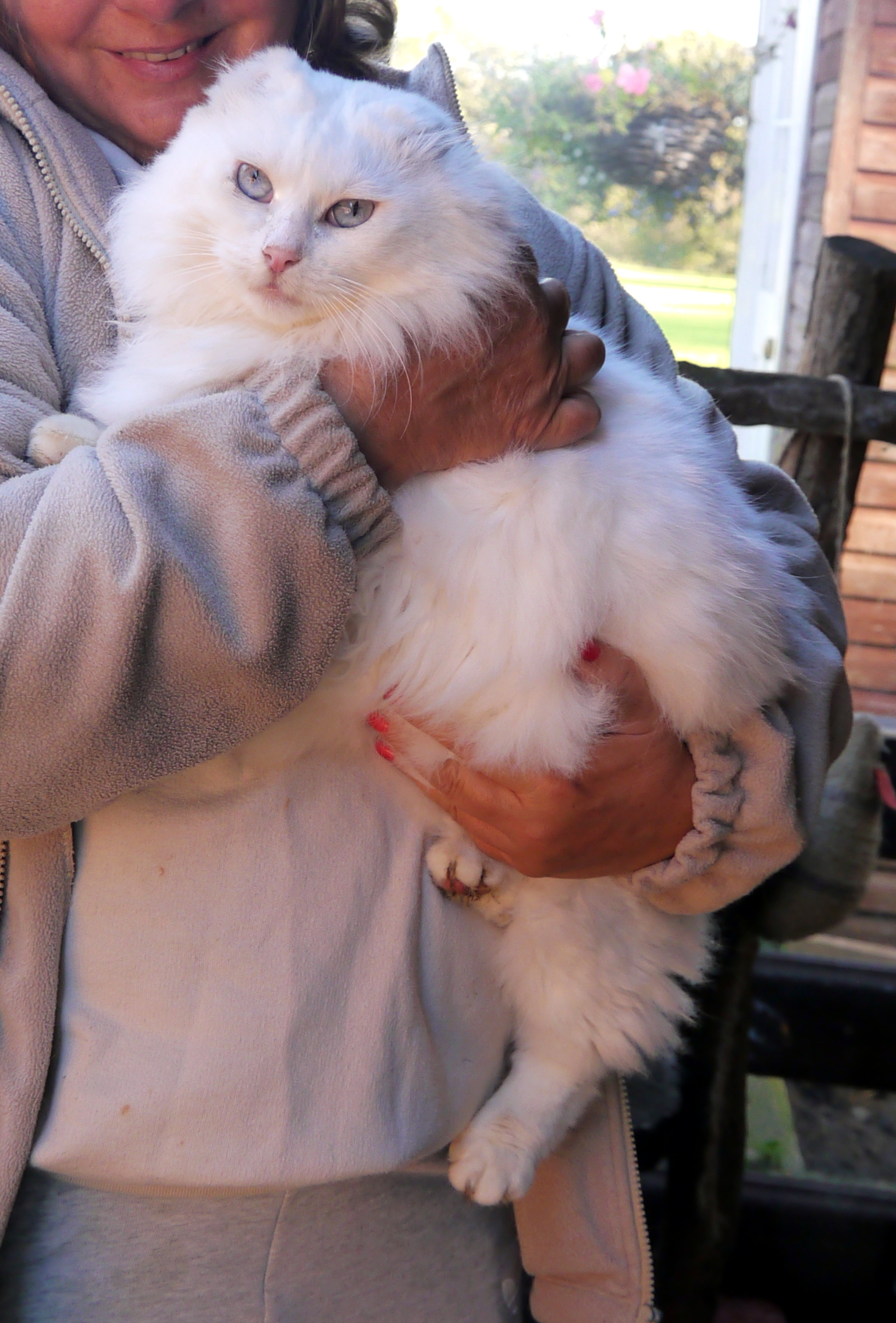 Snow’s story is a long one and can best be found on Facebook.  He was rescued in Italy after being found in a terrible state. He had some nasty wounds and being a white cat in a hot country had very bad cancerous ears which had become infected.

He had to have his ears removed and he spent a long time with the vets in Italy getting better. When he was well enough money was raised to bring him to the UK where he spent time recuperating in our cat houses.

We had hoped to find him a home but he settled in so well and had taken over the central section of house 1 as his personal cat tree and area. He likes being inside but will be found strolling the grounds most days. But such a TRANSFORMATION. Gone is the dirty bruised cat and in his place is a gleaming white fluff ball. Plus he LOVES people and strokes!

And a further update.  Not content with the outdoor life he decided to move into the main house.  He is content with the smaller garden but will always greet new visitors and just adores being stroked.  He was a big hit at the recent Yoga event.