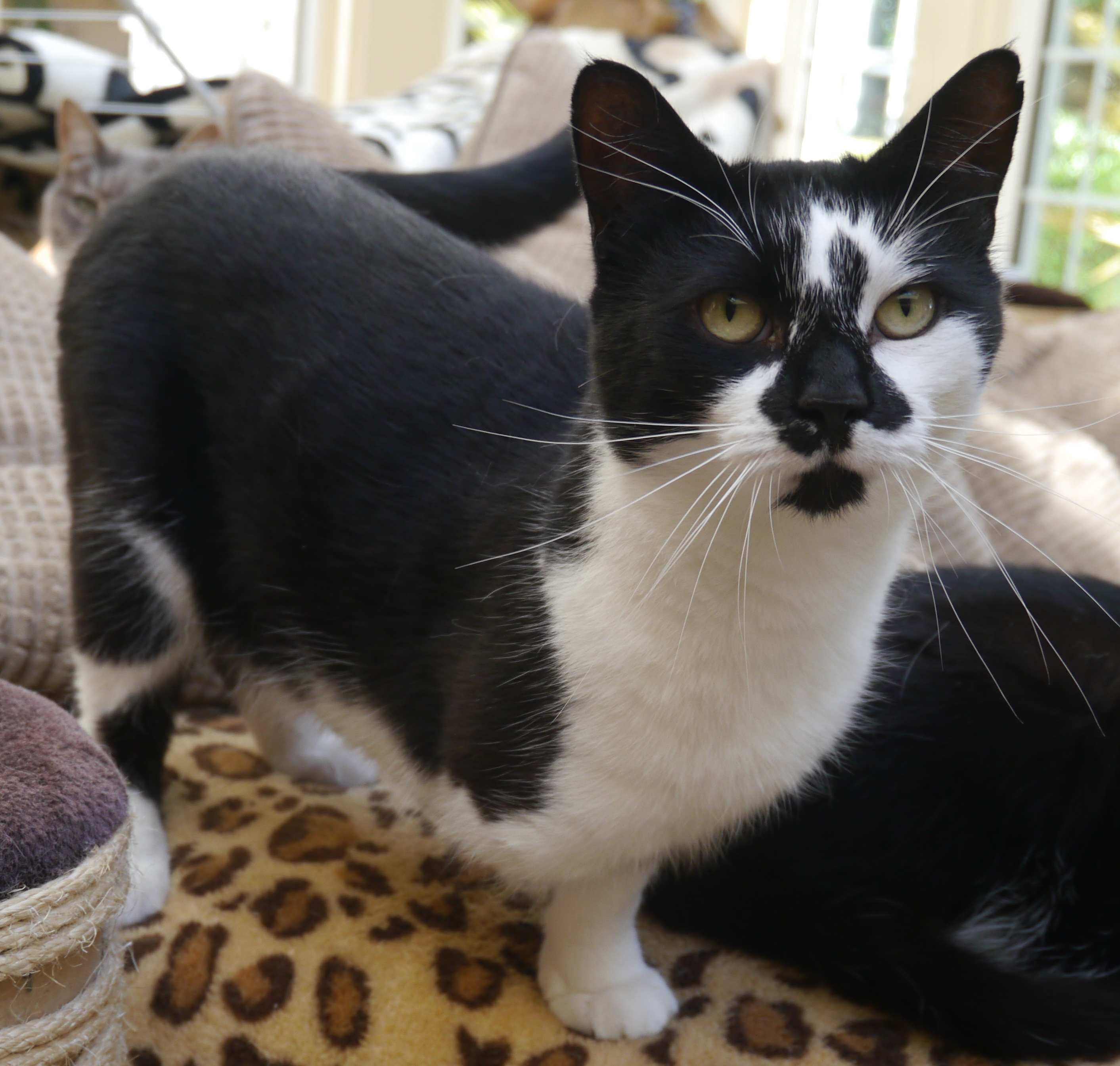 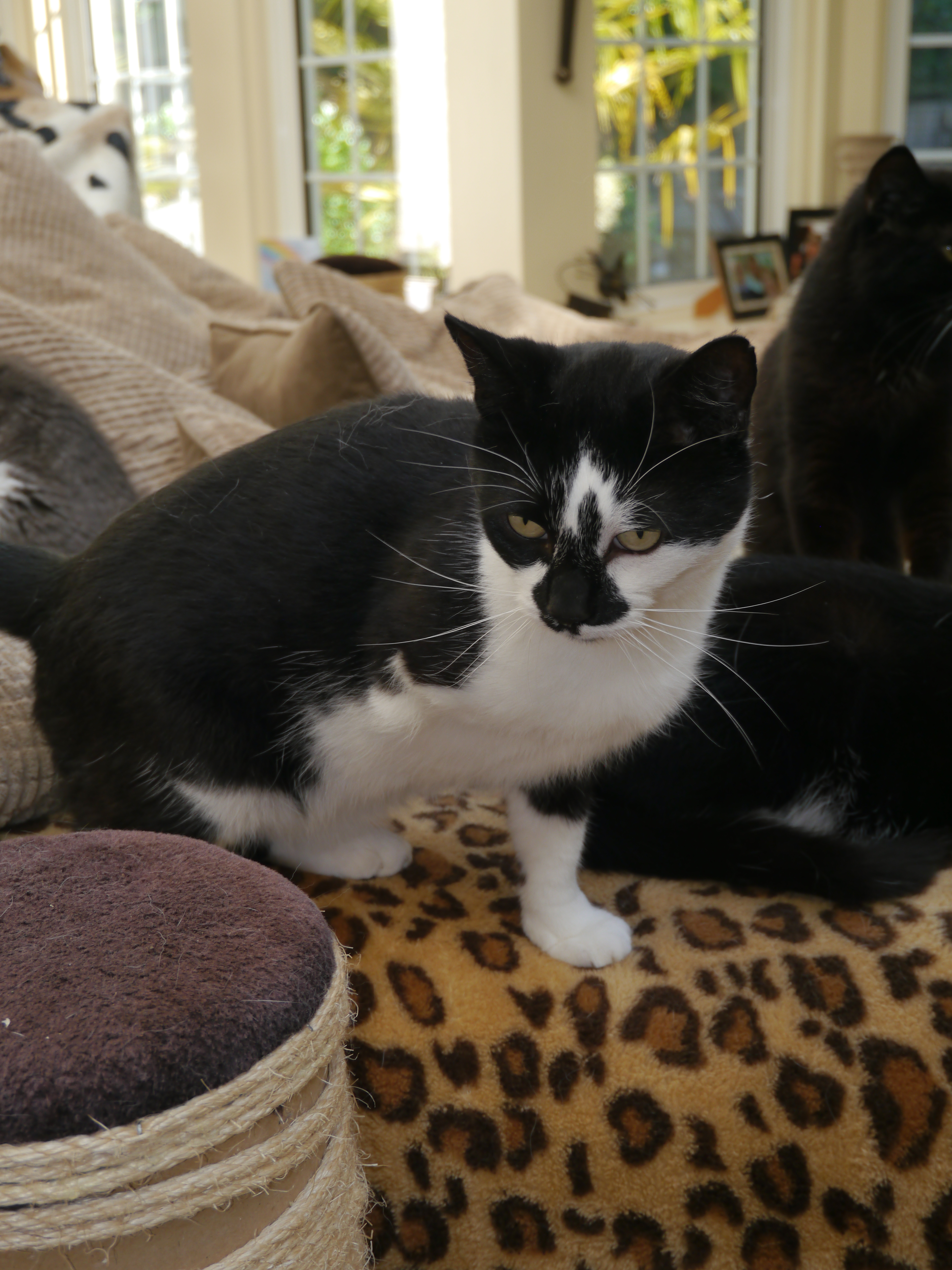 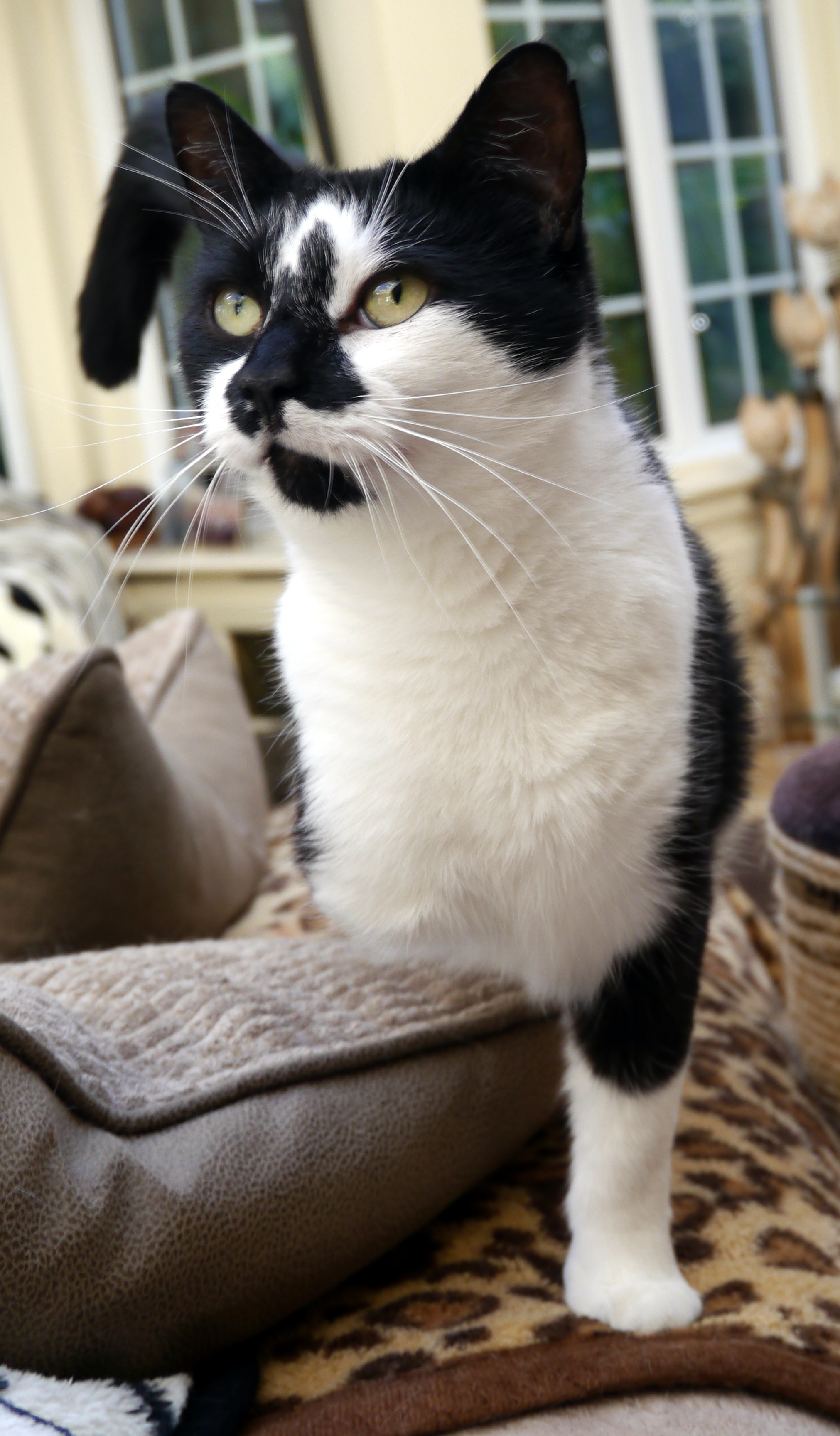 Cliff came from a very crowded multi-cat household of un-neutered cats, all scared of everybody and everything!  Cliff in particular was nervous, the most affected by his past home!

After some months we felt it was kinder for Cliff to be released to live in our outdoor environment.  He seemed happy living out until one day we noticed a very swollen leg.  It was very difficult to catch him, but eventually we did!  The vet explained it was a bone infection that could only be treated with constant medication.  Consequently his leg swelled up again, and was too painful for him.  The only answer was to remove the limb, as the problem would just get worse.  Cliff moved into the house with the Romney House residents.

He has become a very friendly, loving cat who adores cuddles!  Very talkative, but does find not having a front leg a problem.