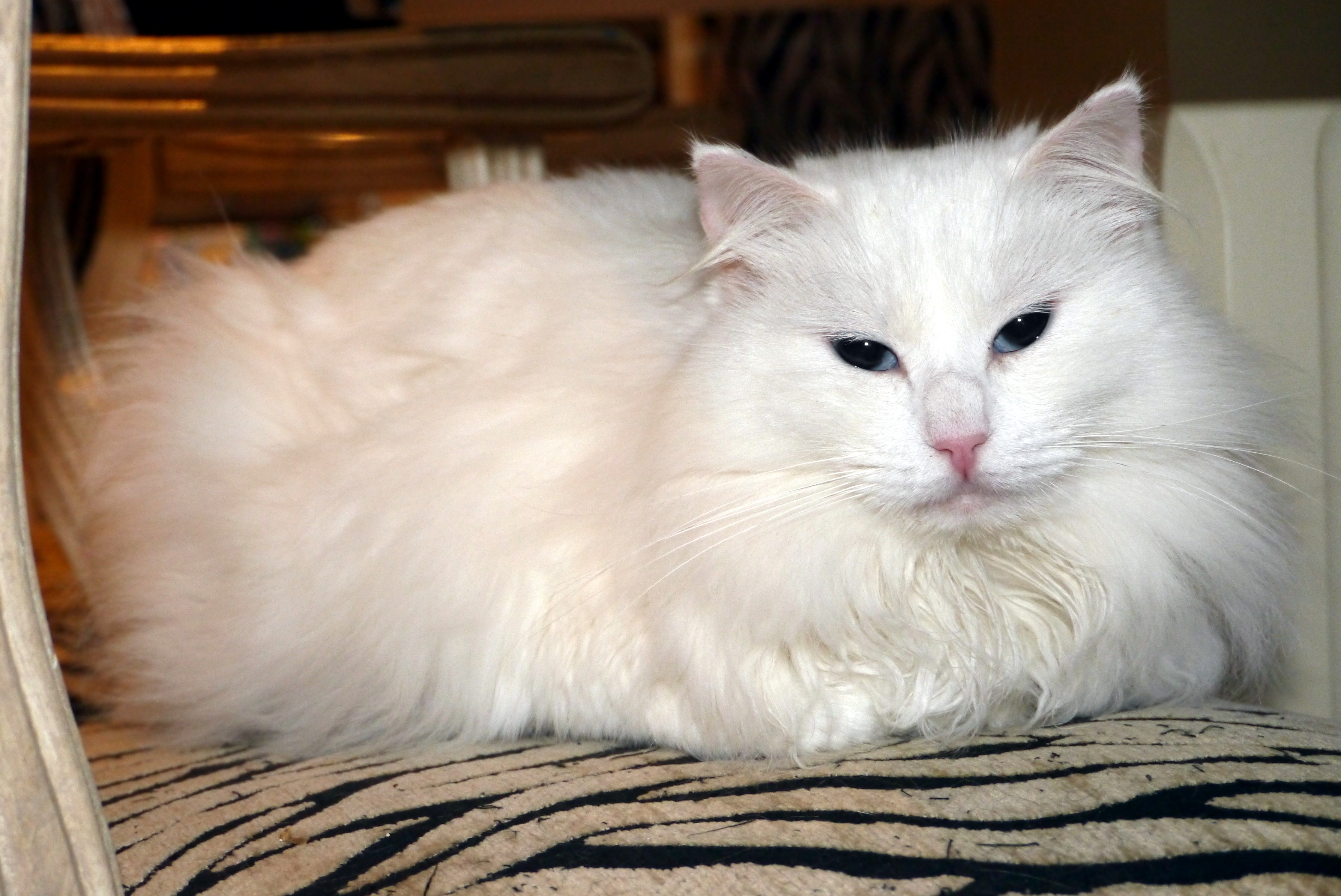 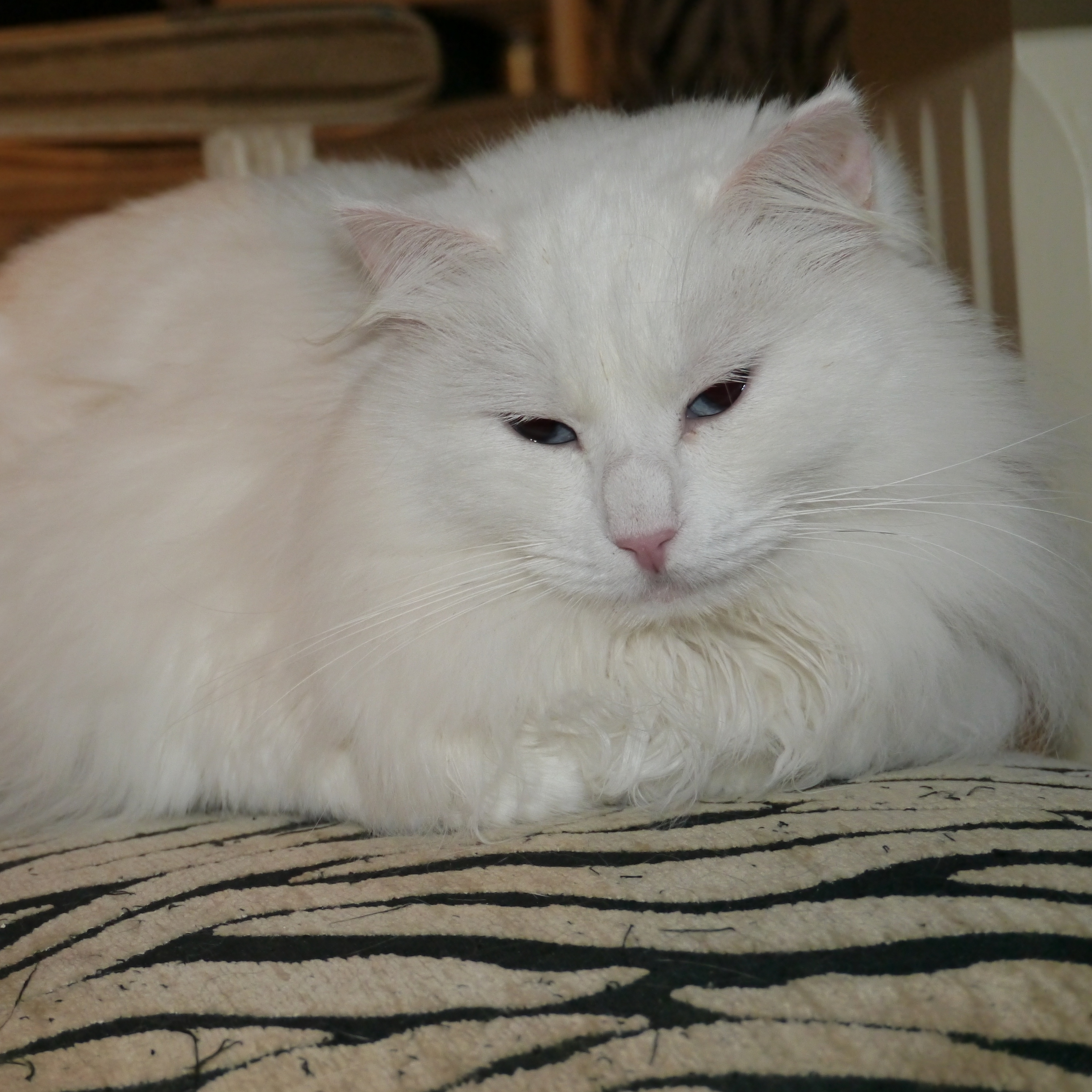 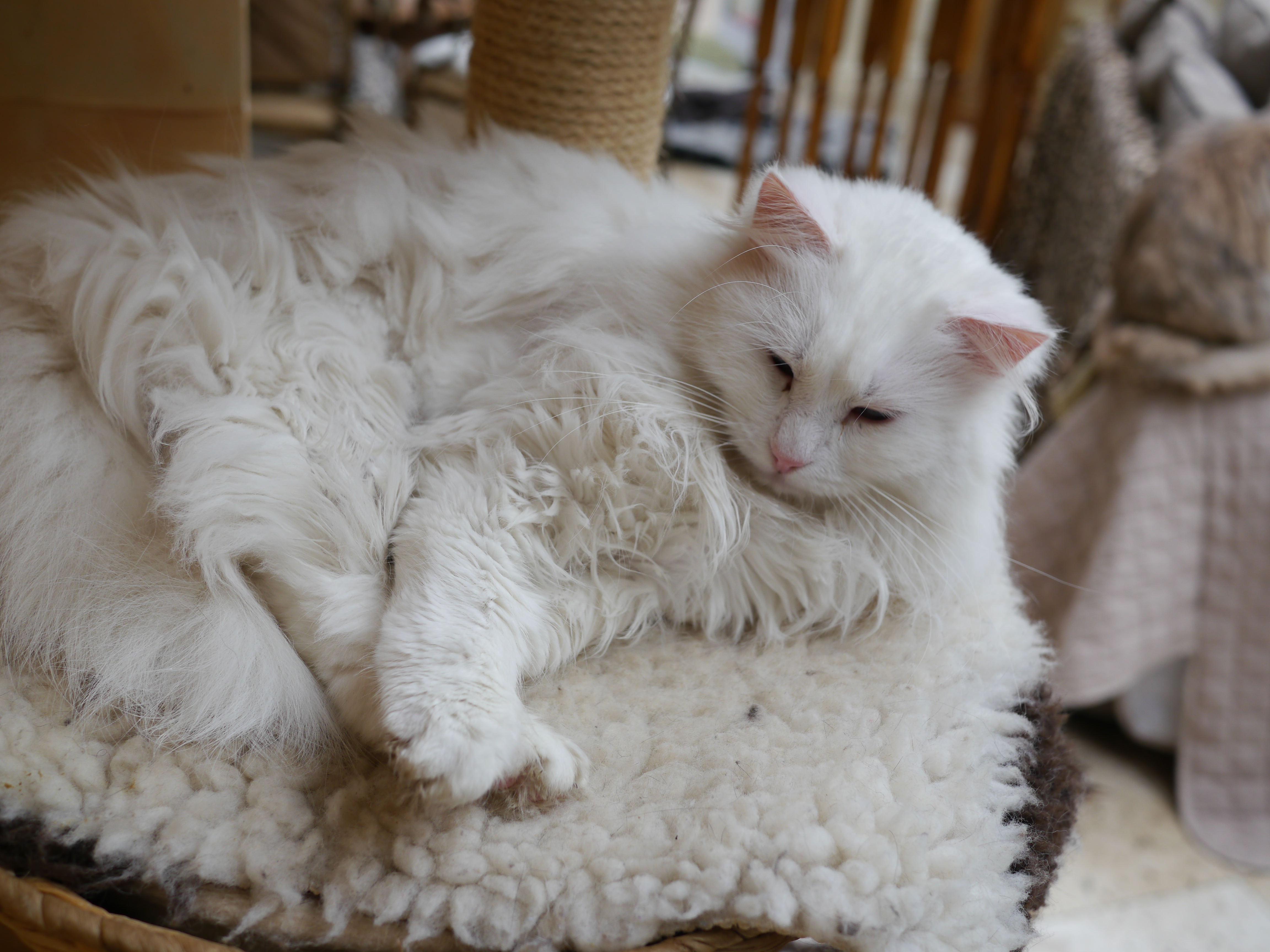 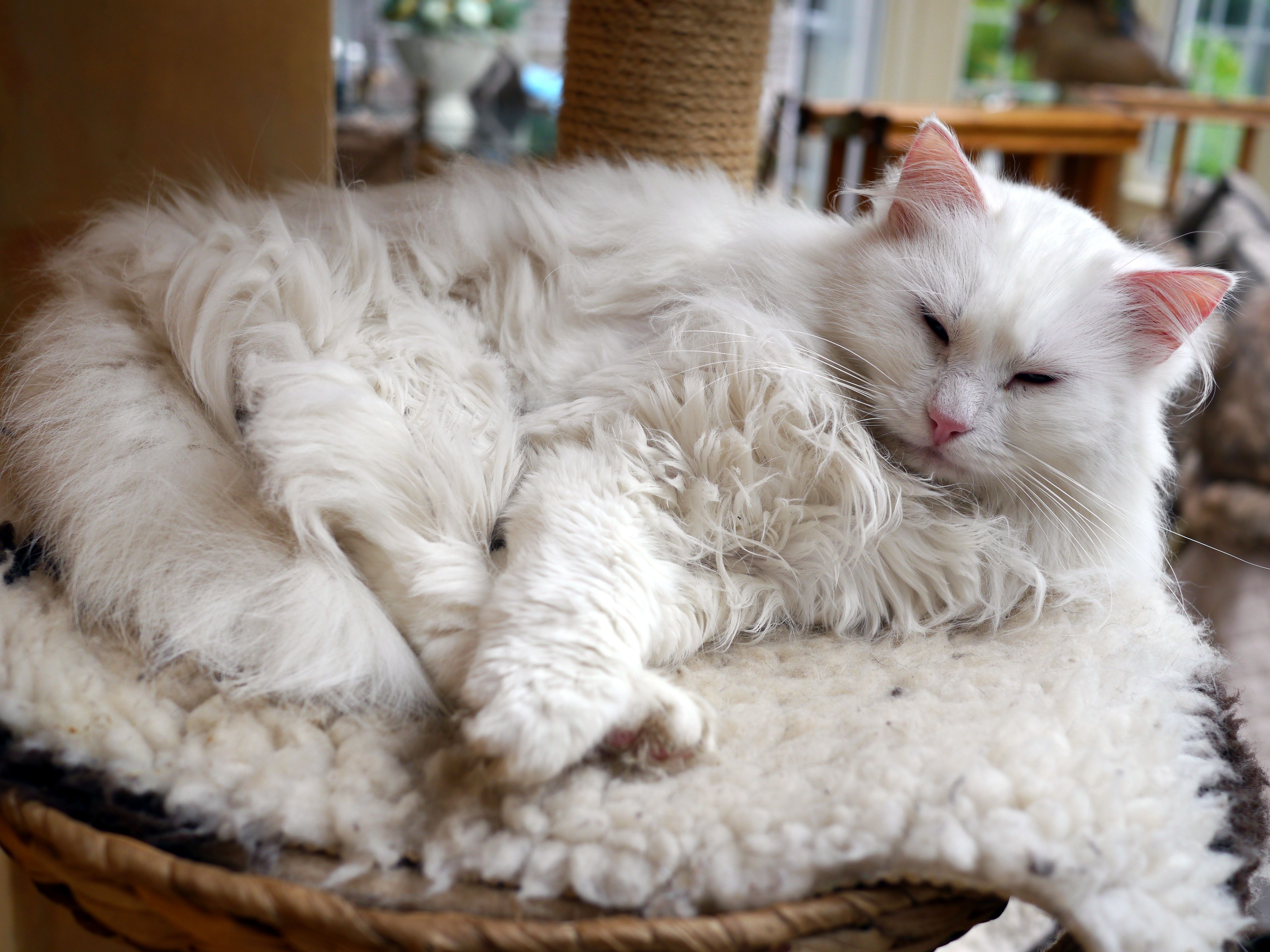 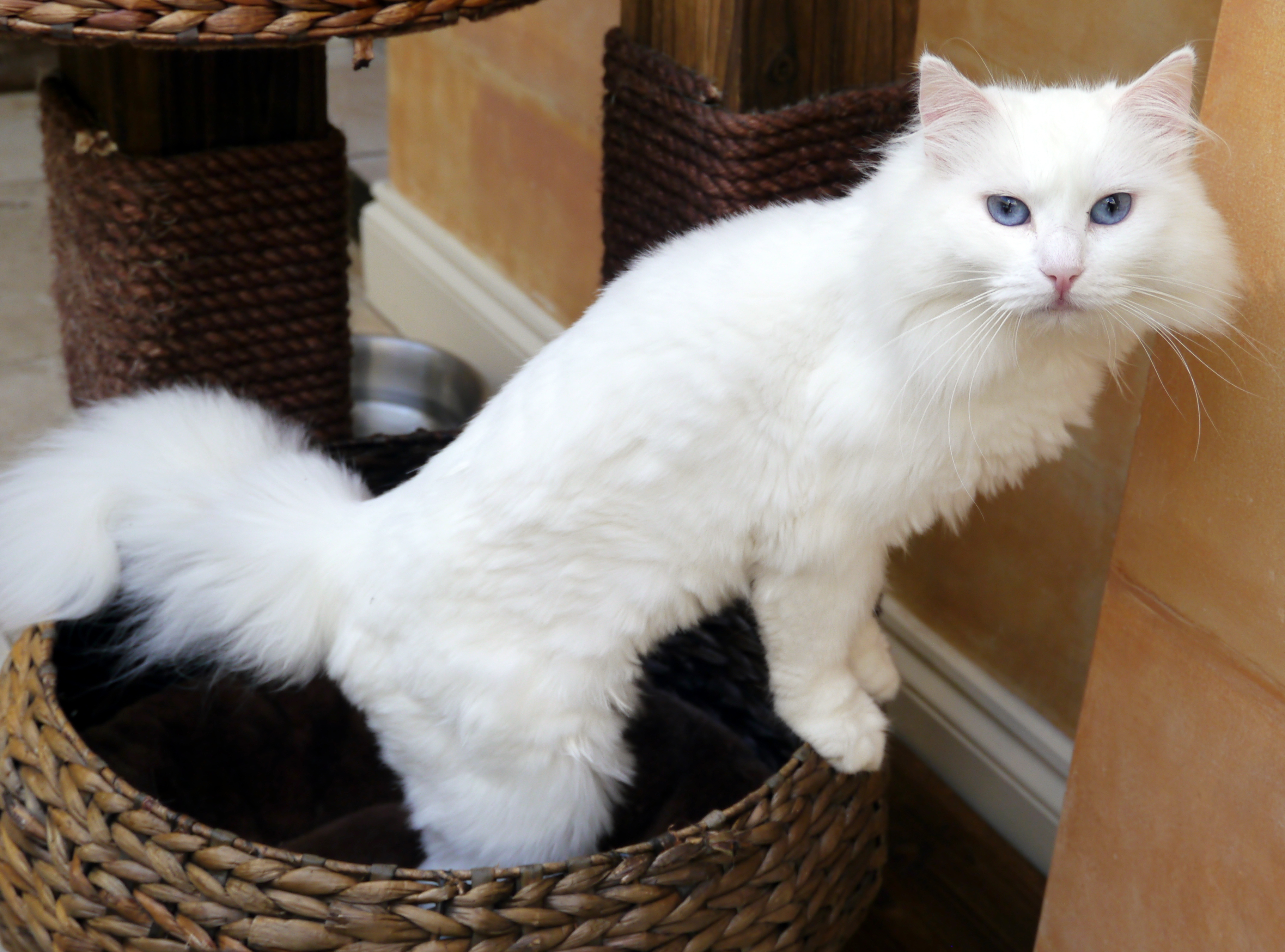 Looking at this lovely girl you really would not realise what a hard start in life she had.  First its worth noting that she is totally deaf which is not uncommon for white cats.

Montina is actually an Italian rescue cat.  She was rescued by Silvana when she was only 6 months old and bought to the UK as she really would not have survived as a feral.  She is yet another cat who was pretty much snatched from the jaws of death.

Montina had got herself stranded in the middle of a roundabout in Alghero and became more and more scared of the traffic she could see but not hear.  Finally she ran out accross the traffic….straight in front on Silvana who was riding a scooter.  Silvana then spent 2 hours trying to catch her before finally she was captured and transported (by scooter!) to the safe haven of the villa.  There she was looked after, fed and vet checked before eventually ending up at Romney House.