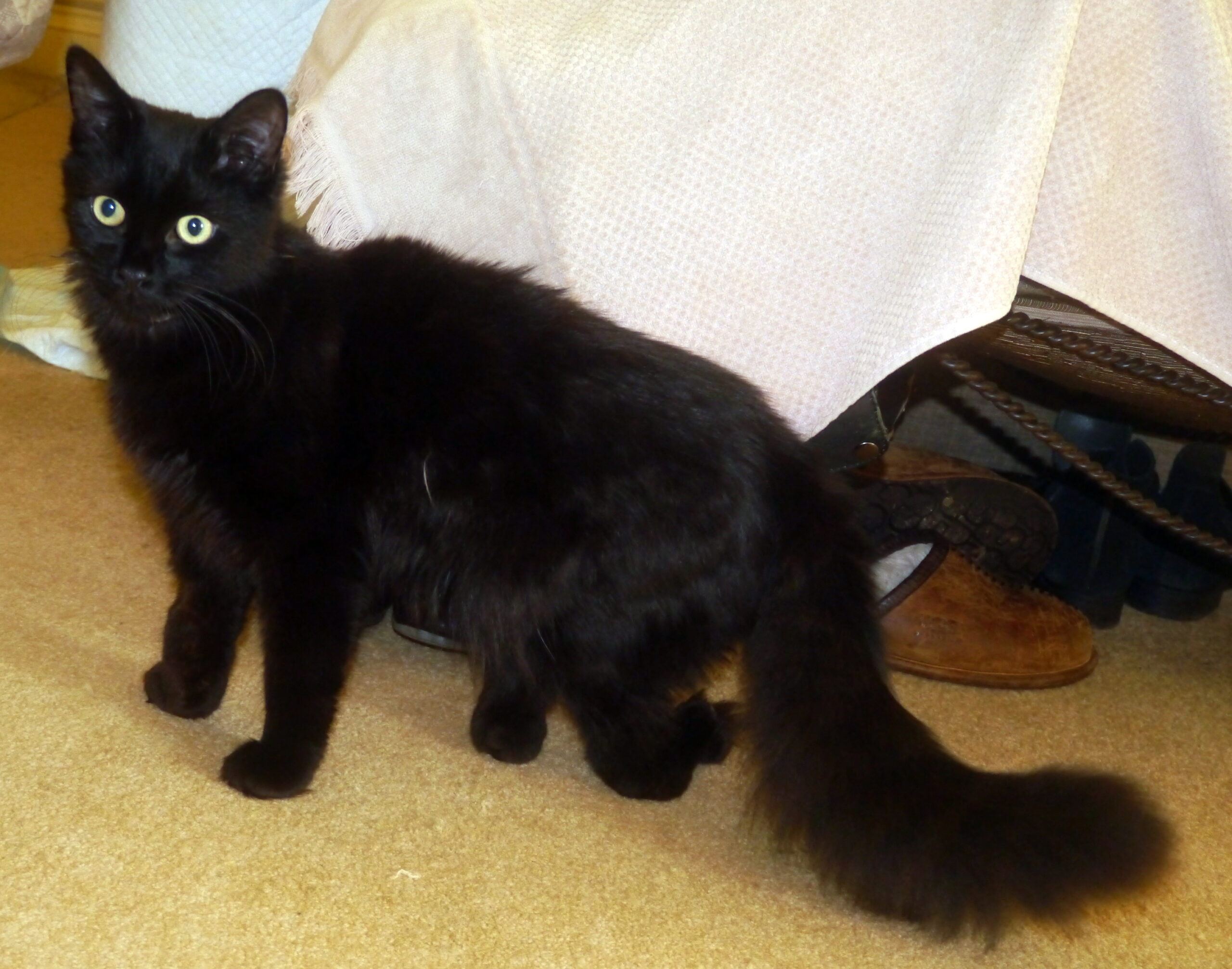 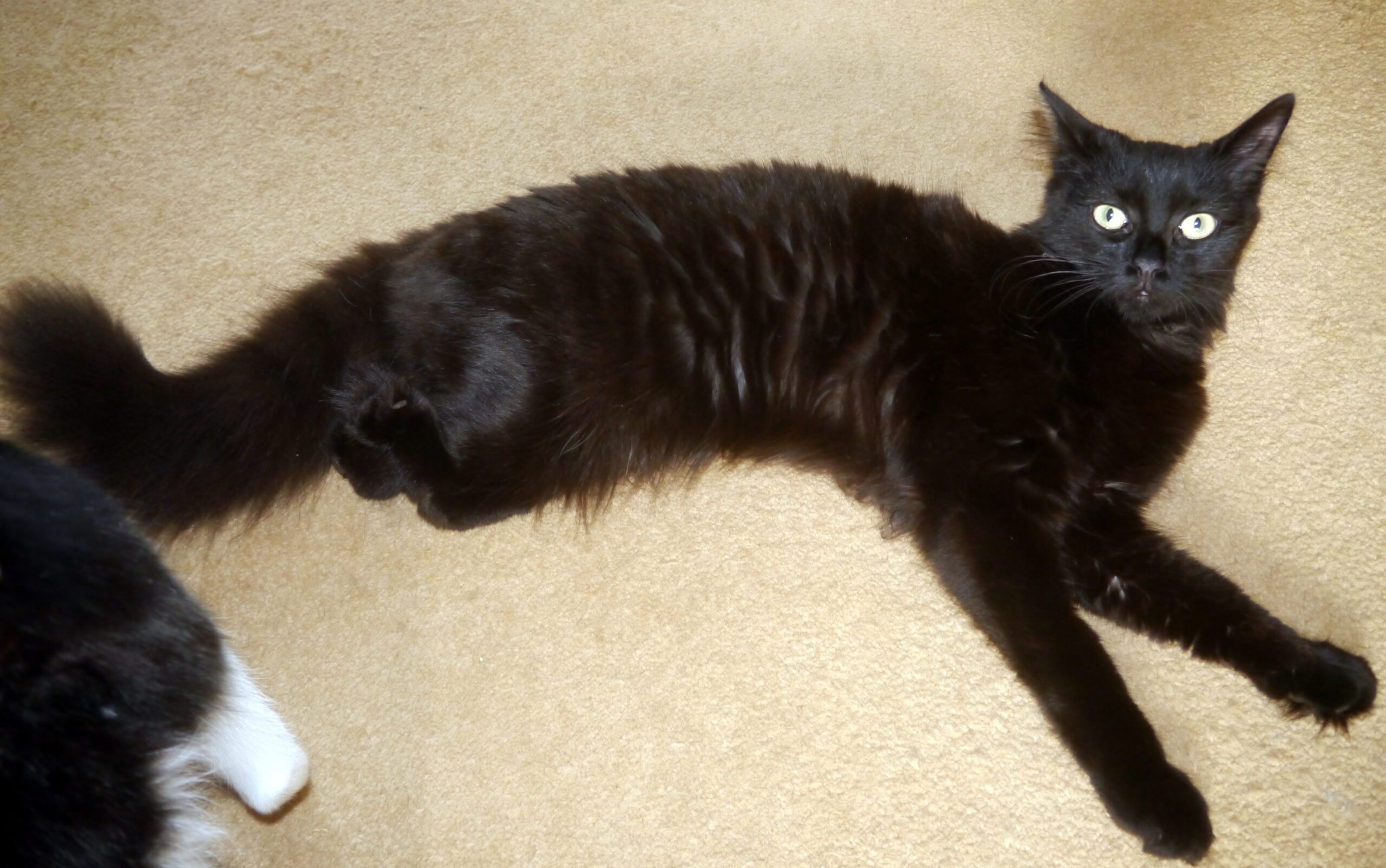 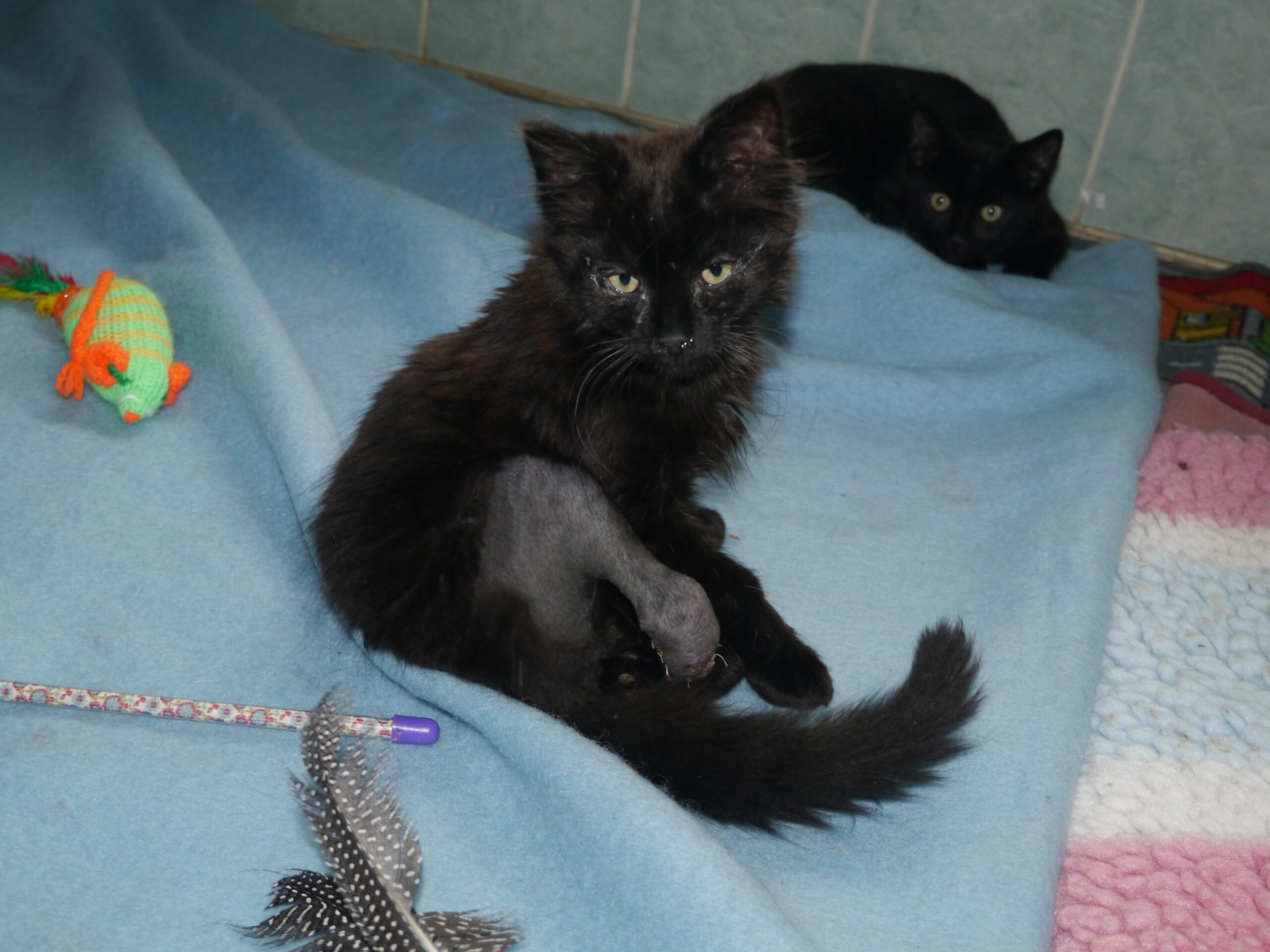 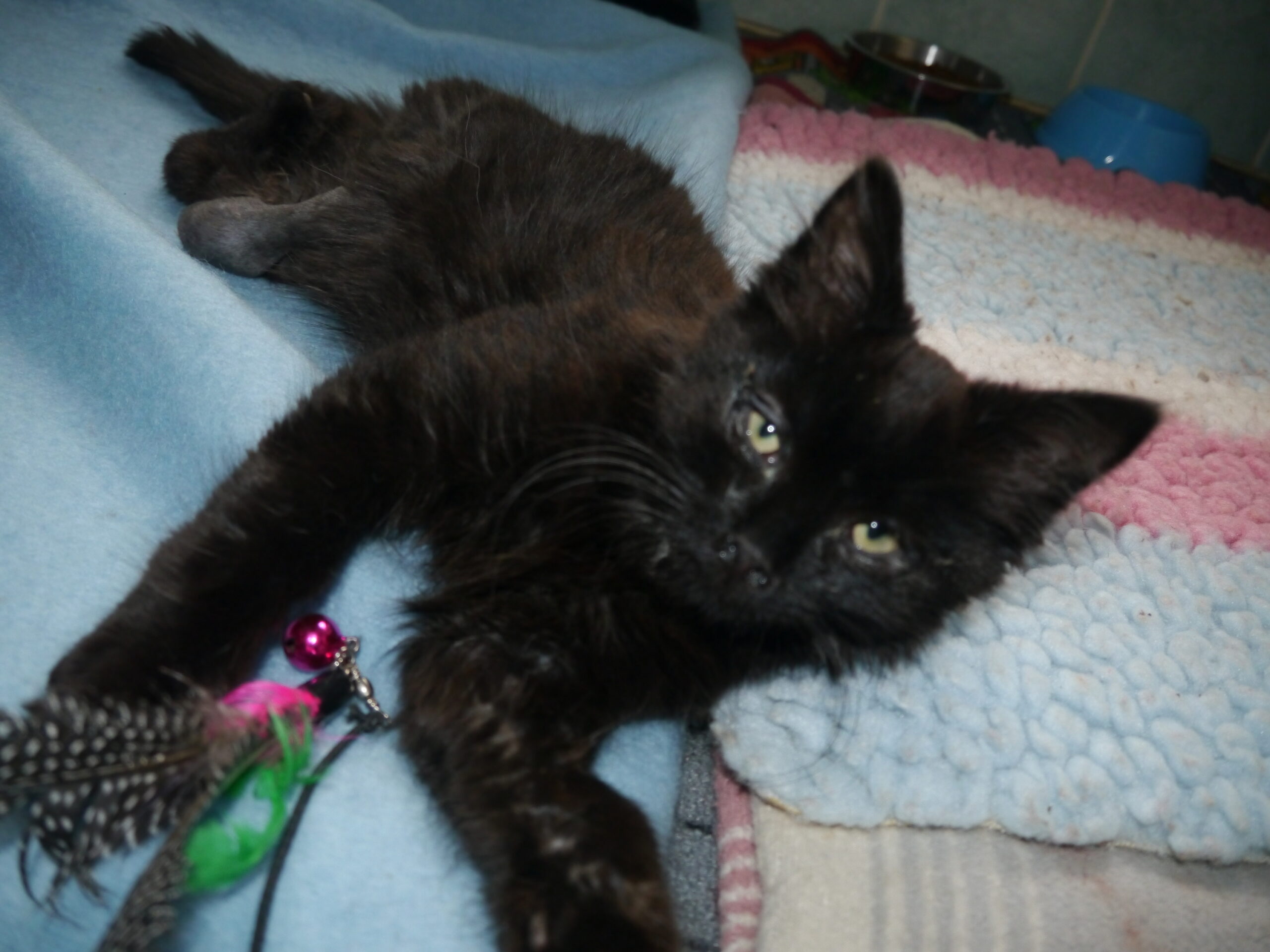 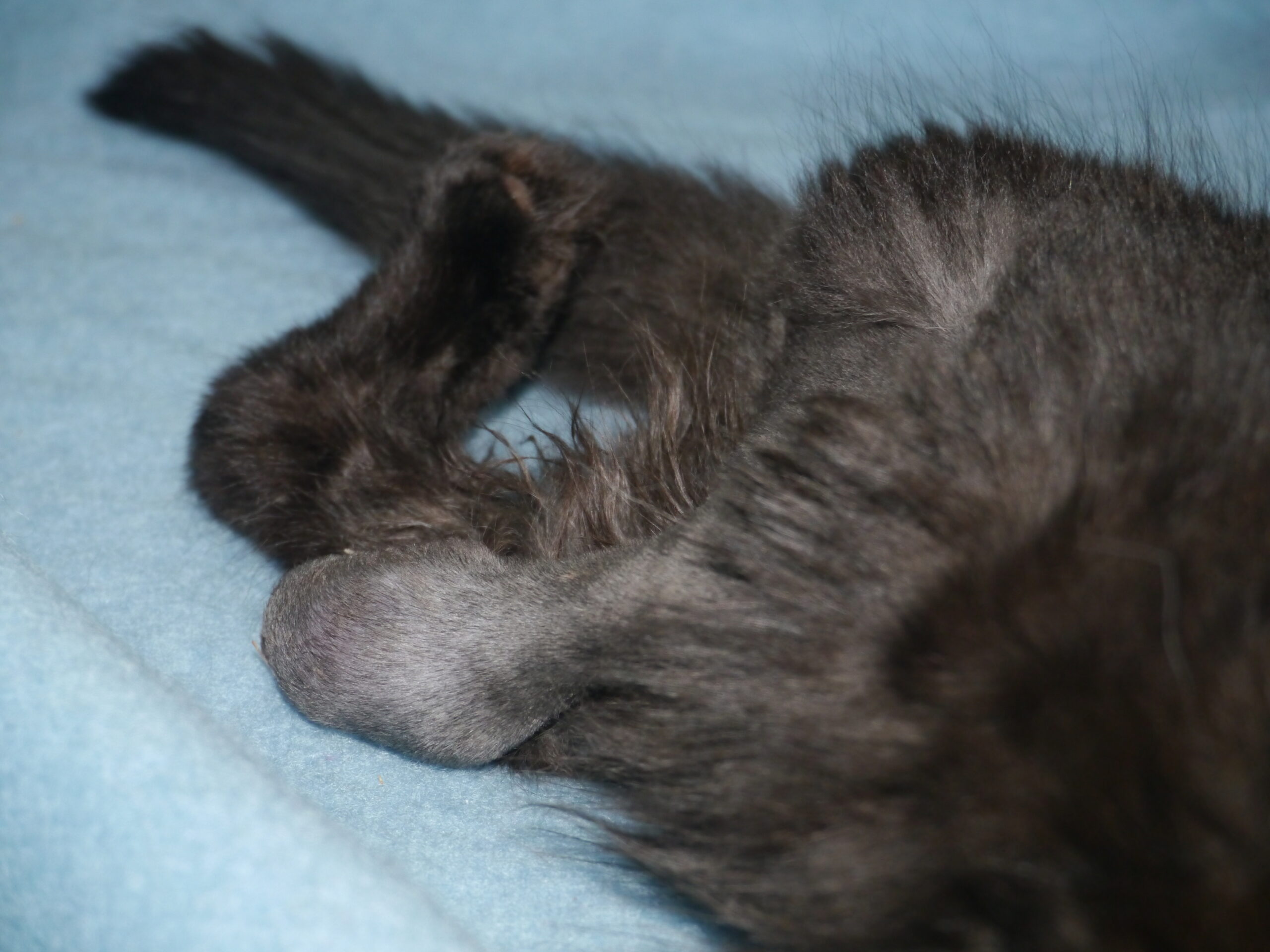 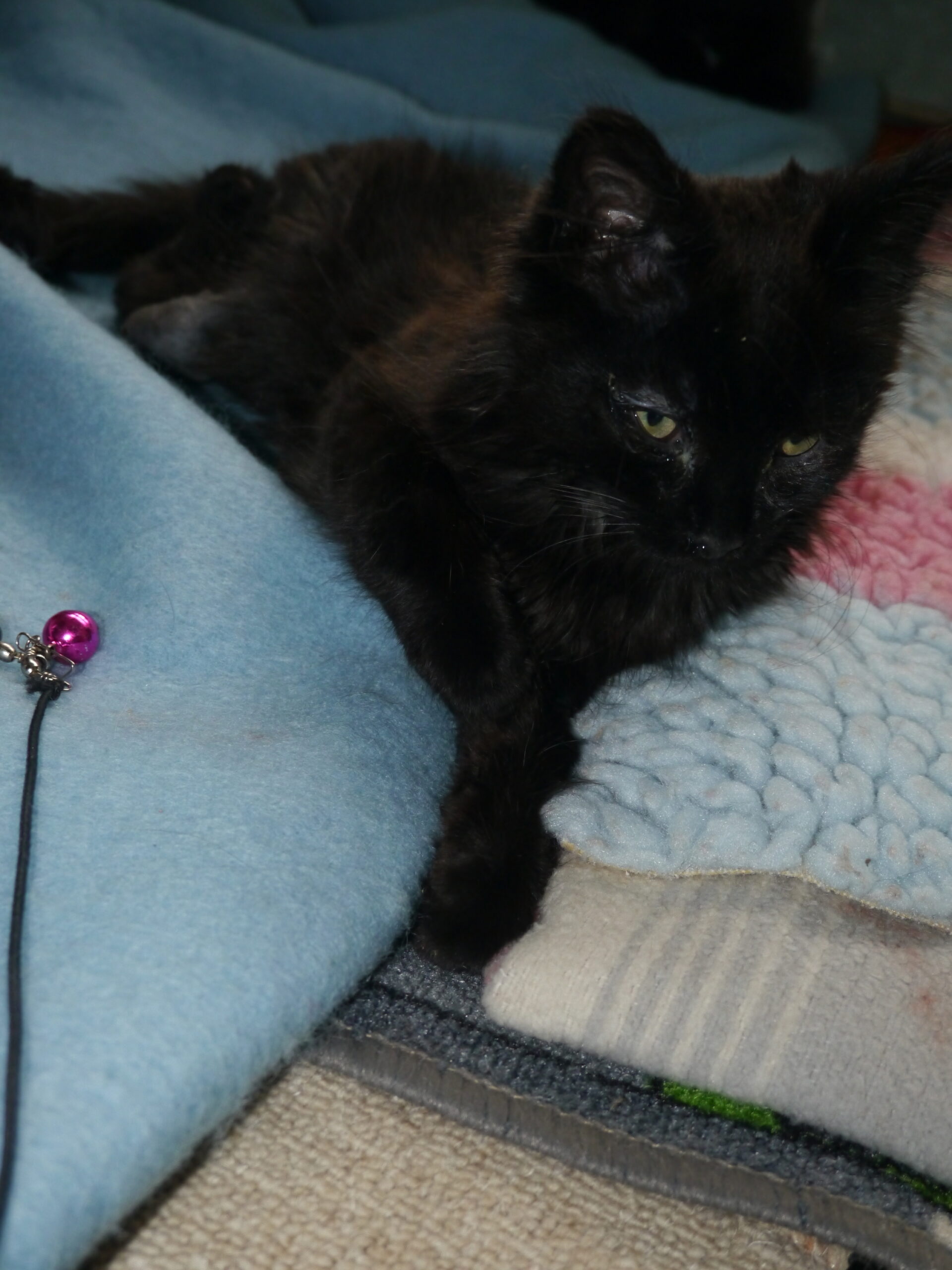 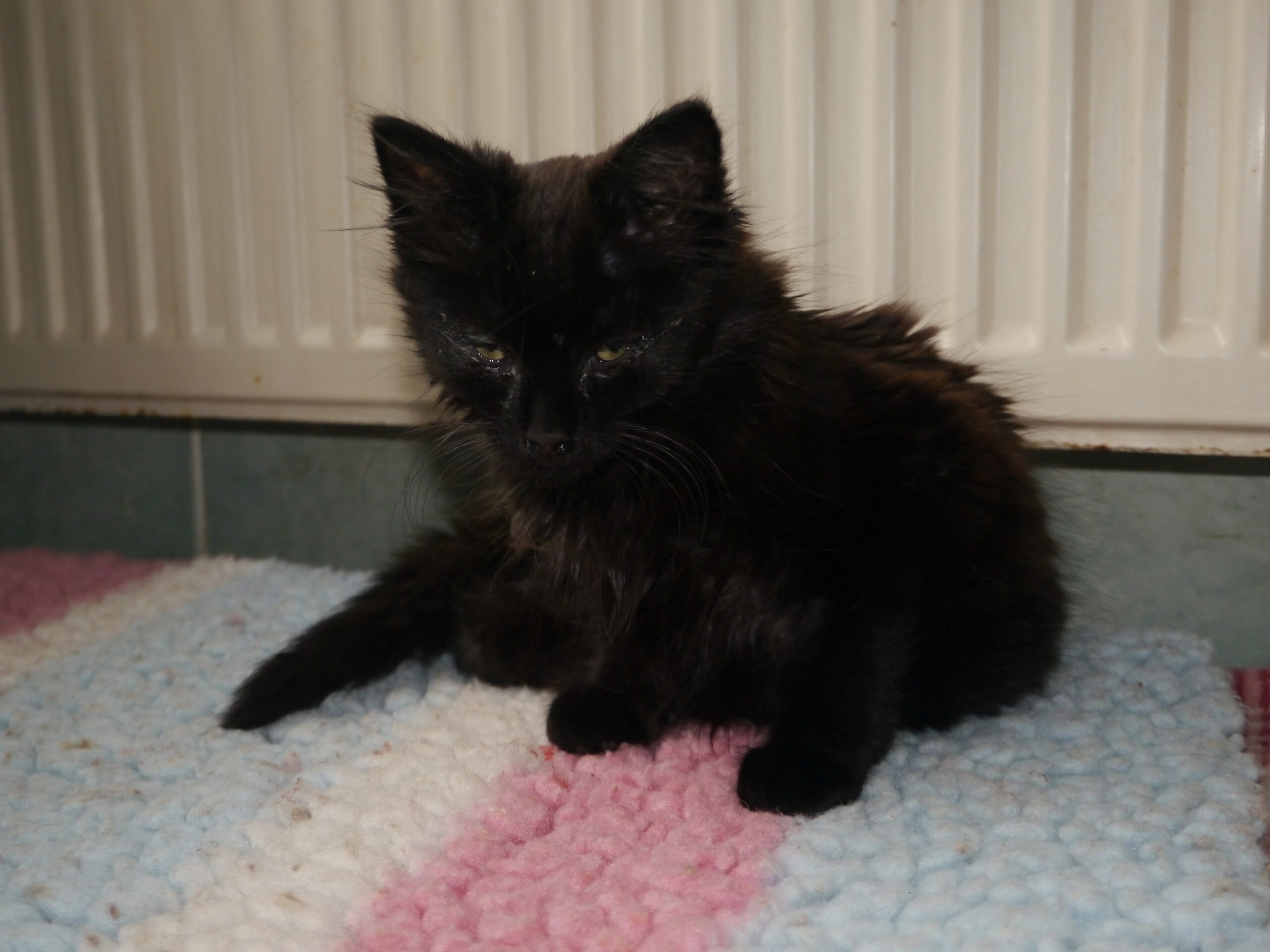 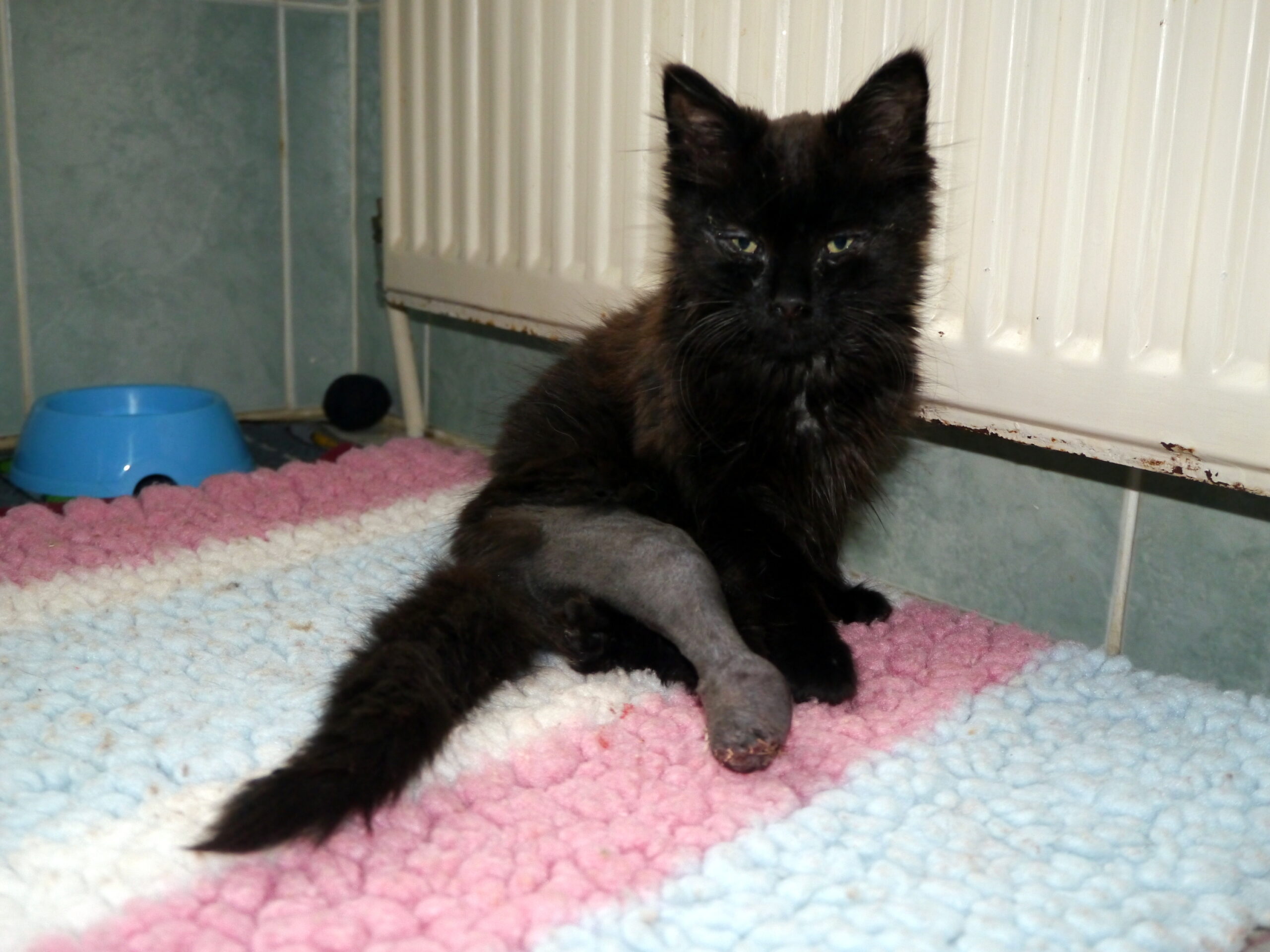 Little Wonky arrived with us just before Christmas in 2017.  He came from a cat household who did not neuter, and this resulted in inter breeding, and deformed babies like Wonky.  Both his back legs were the wrong way round from the knee downwards.  But lets not dwell on the bad stuff.  He was a fantastic little kitten.  He wanted to do everything a kitten does, and he was determined!

He had an operation on one of his legs to shorten it make it so he could walk on it.  His paw was even re-positioned.  We decided to wait and see with the other leg (still waiting)

Now he’s a fully grown cat of course!  He’s had his adventures as well.  He had several girlfriends (who he played with despite their protests)  he’s even been outside when he wasn’t supposed to!  Now he prefers the bedroom carpet and a warm bed.  He purrs all the time.  Just an adorable little cat with a huge heart.