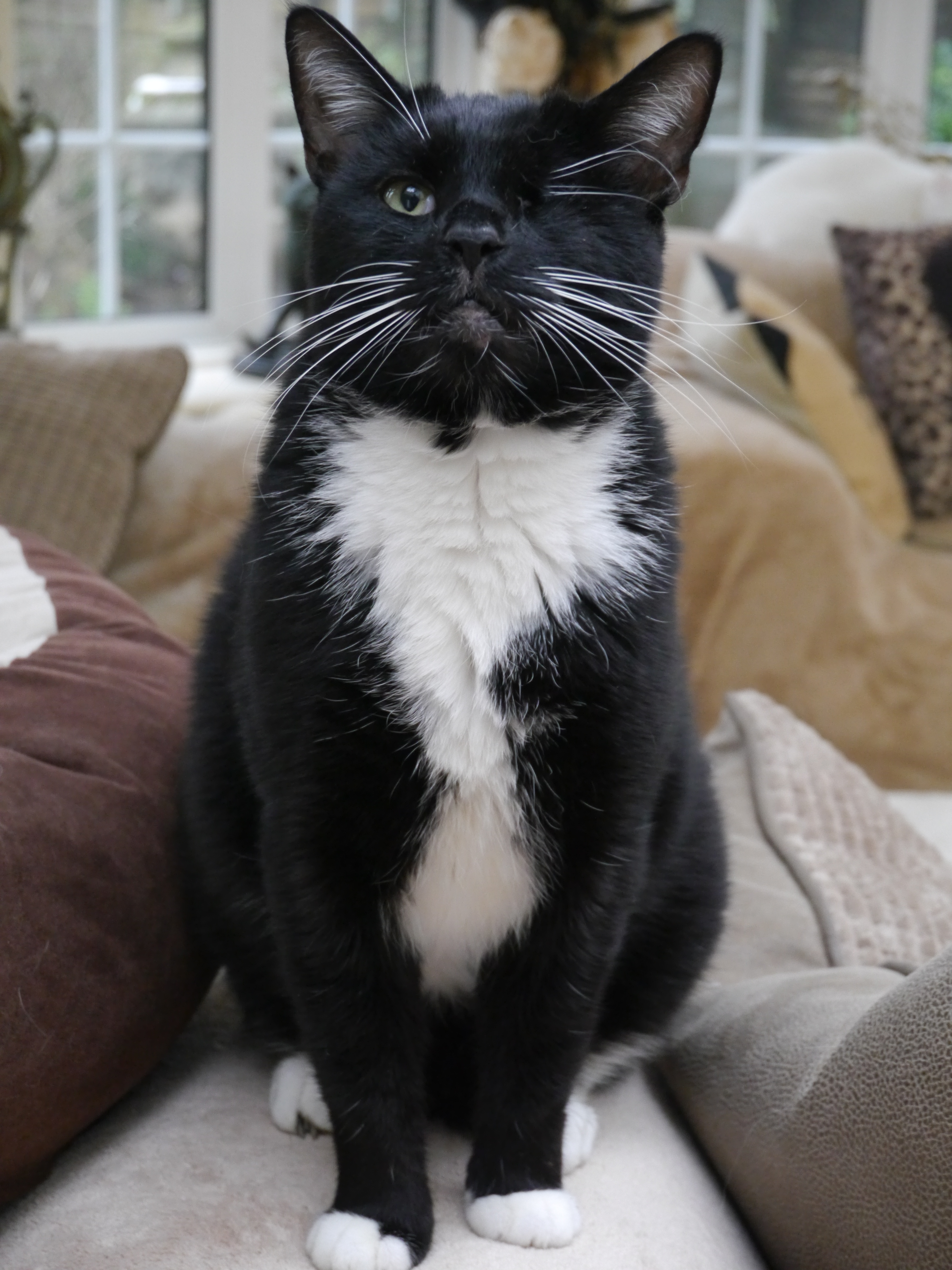 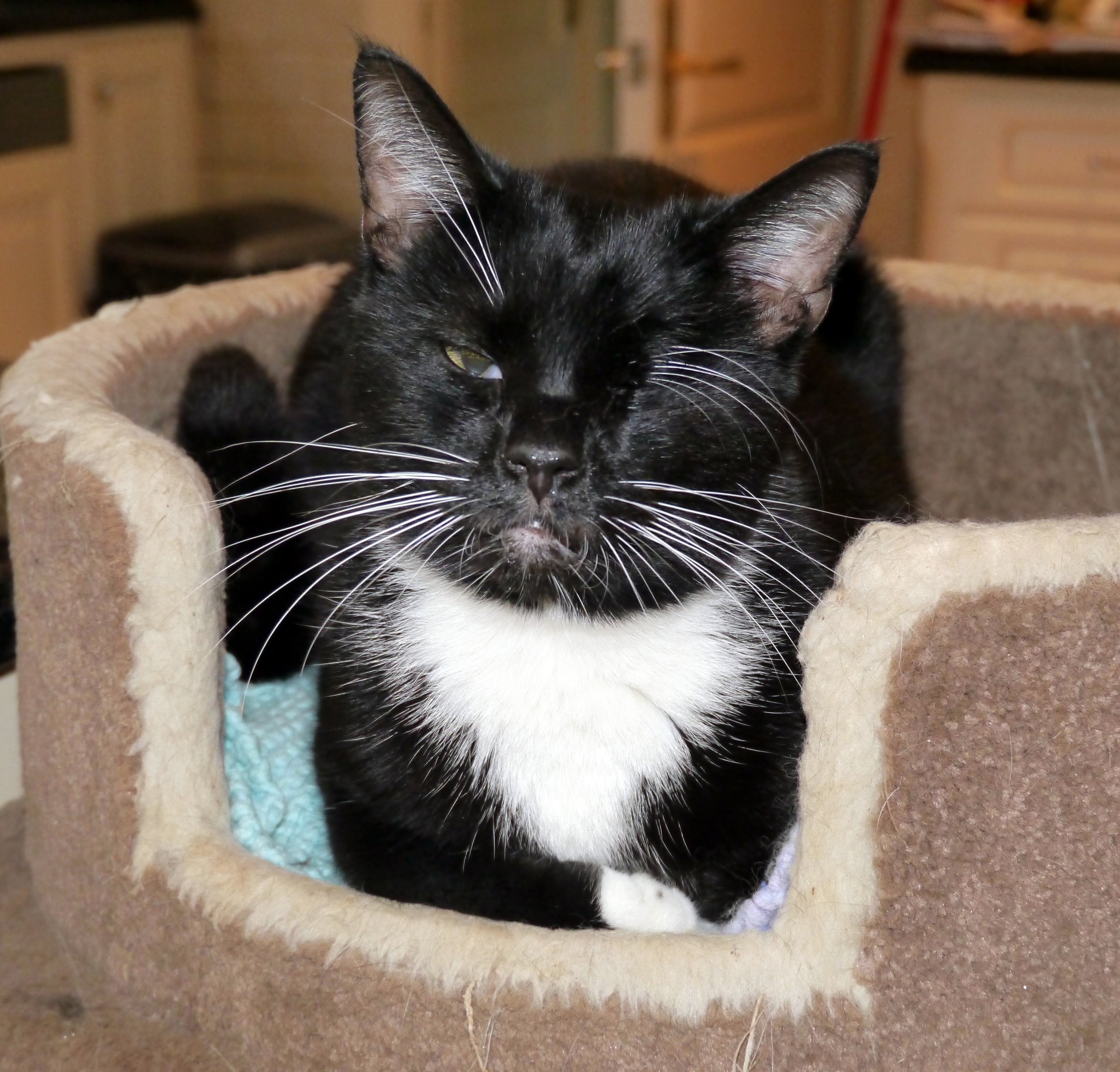 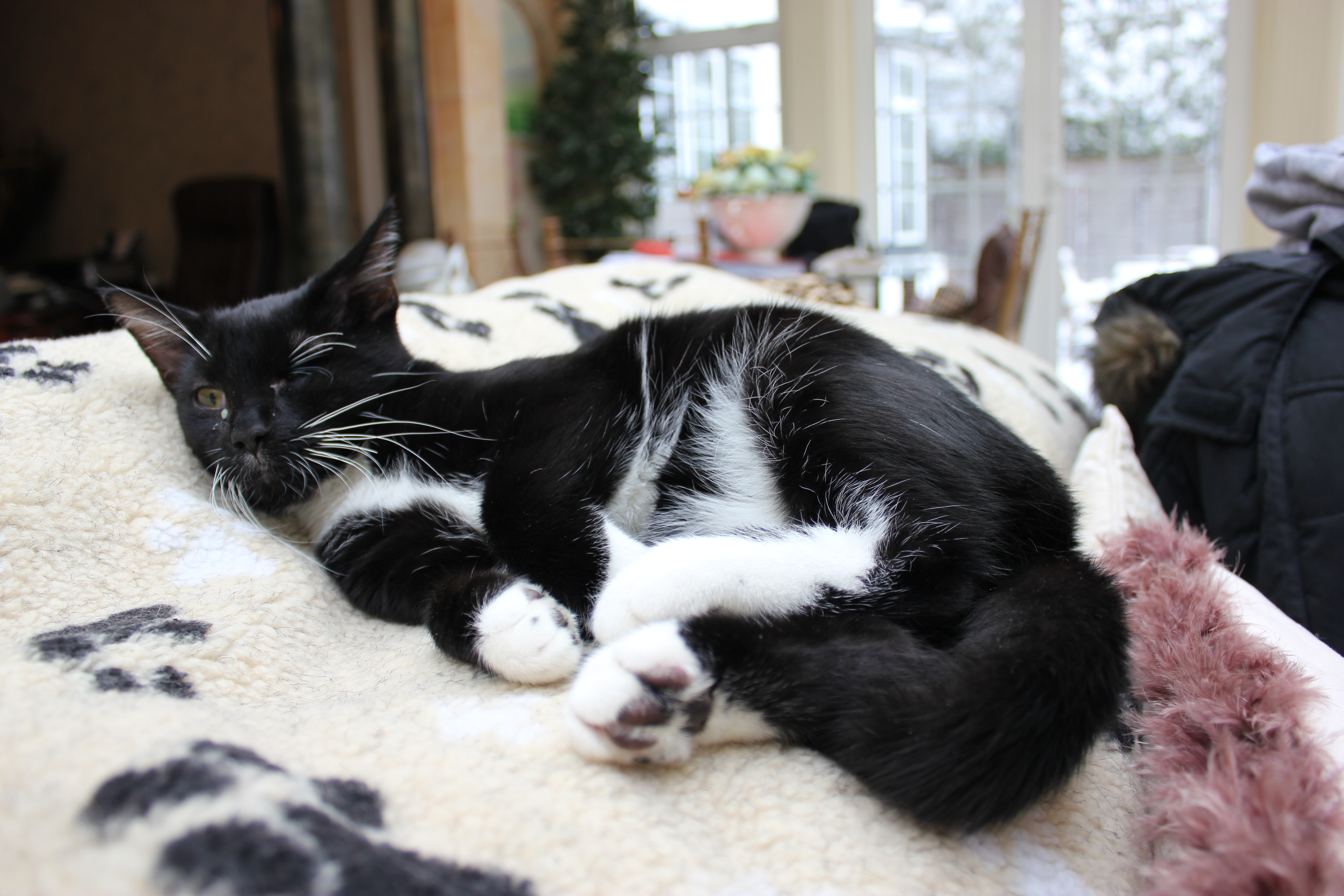 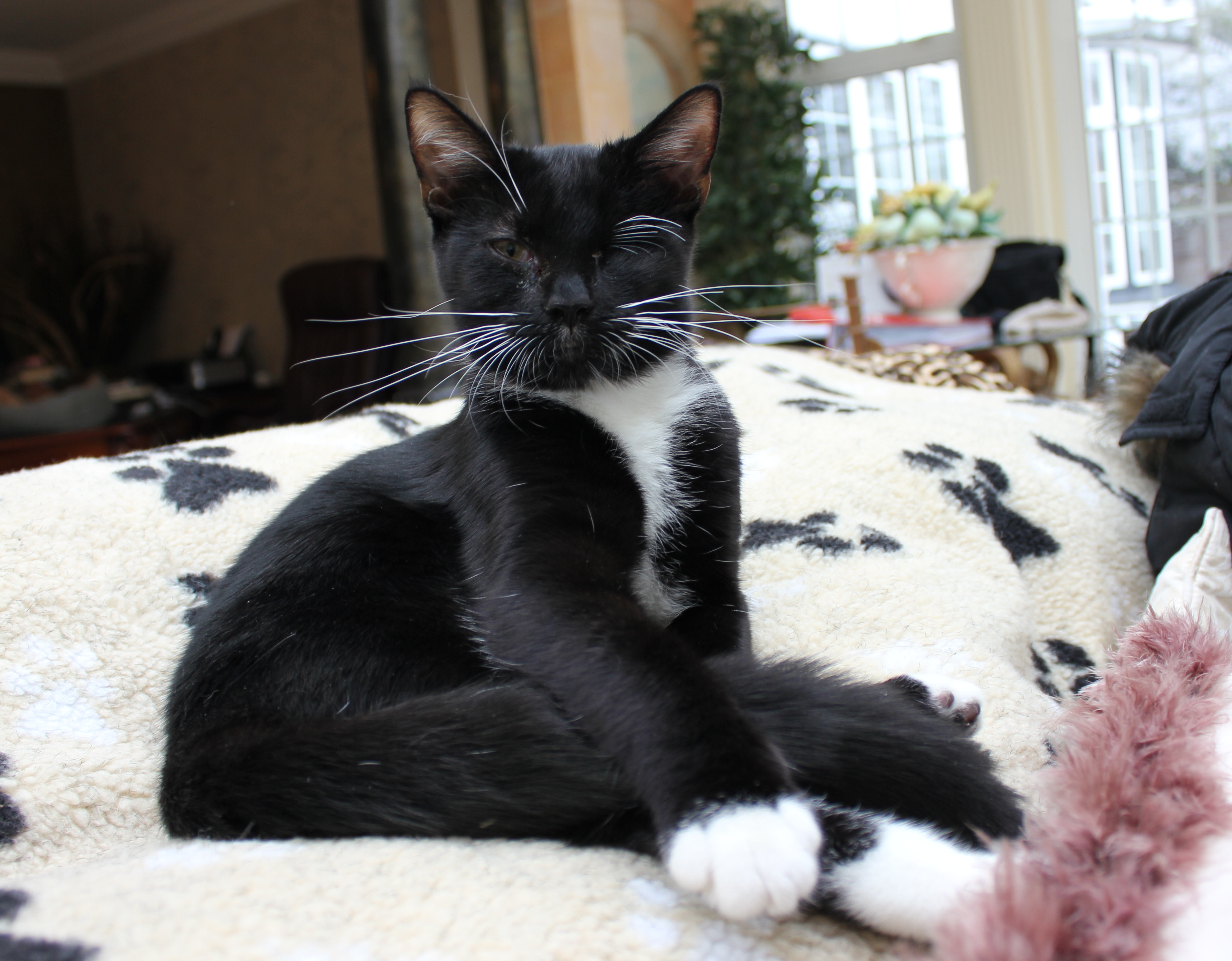 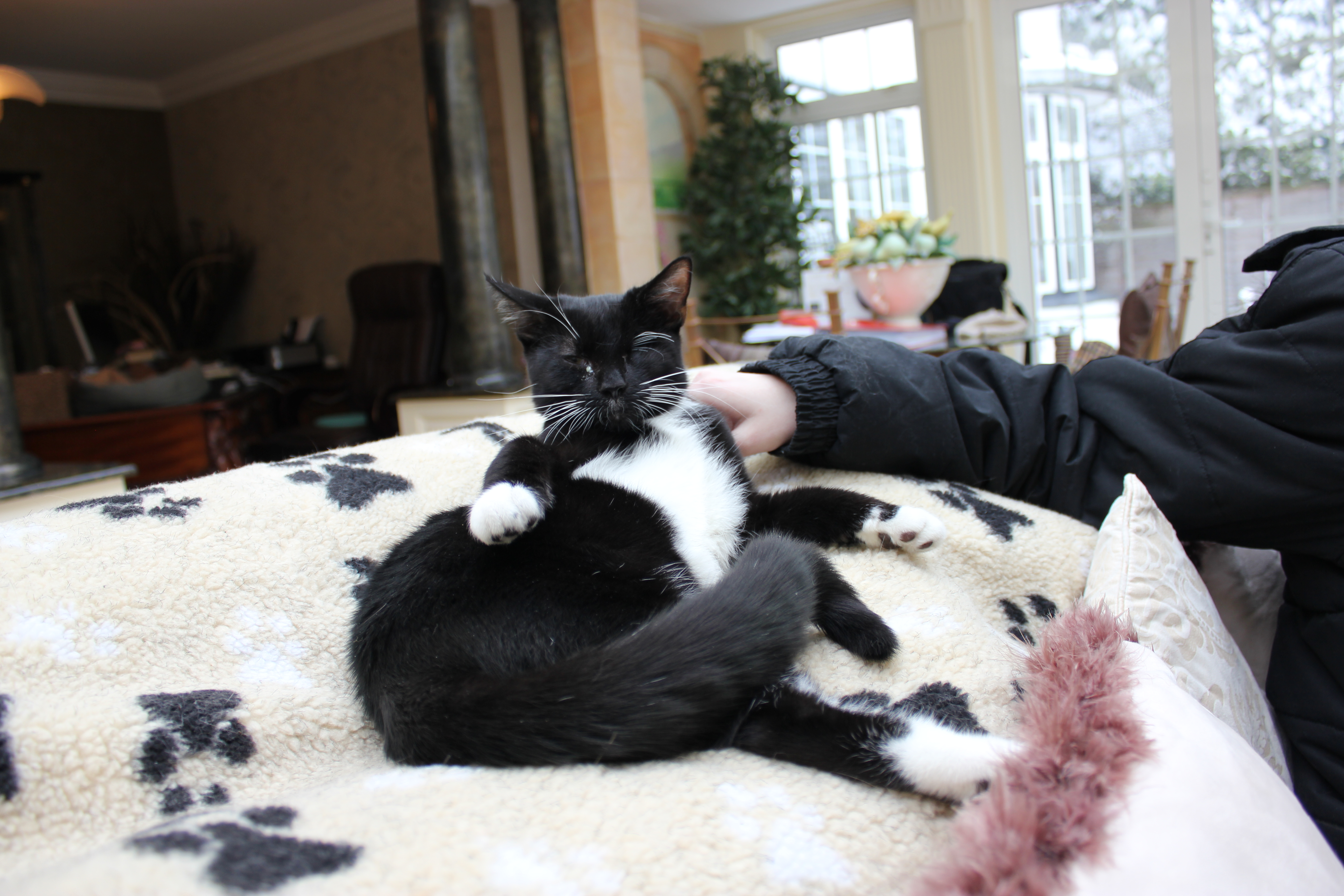 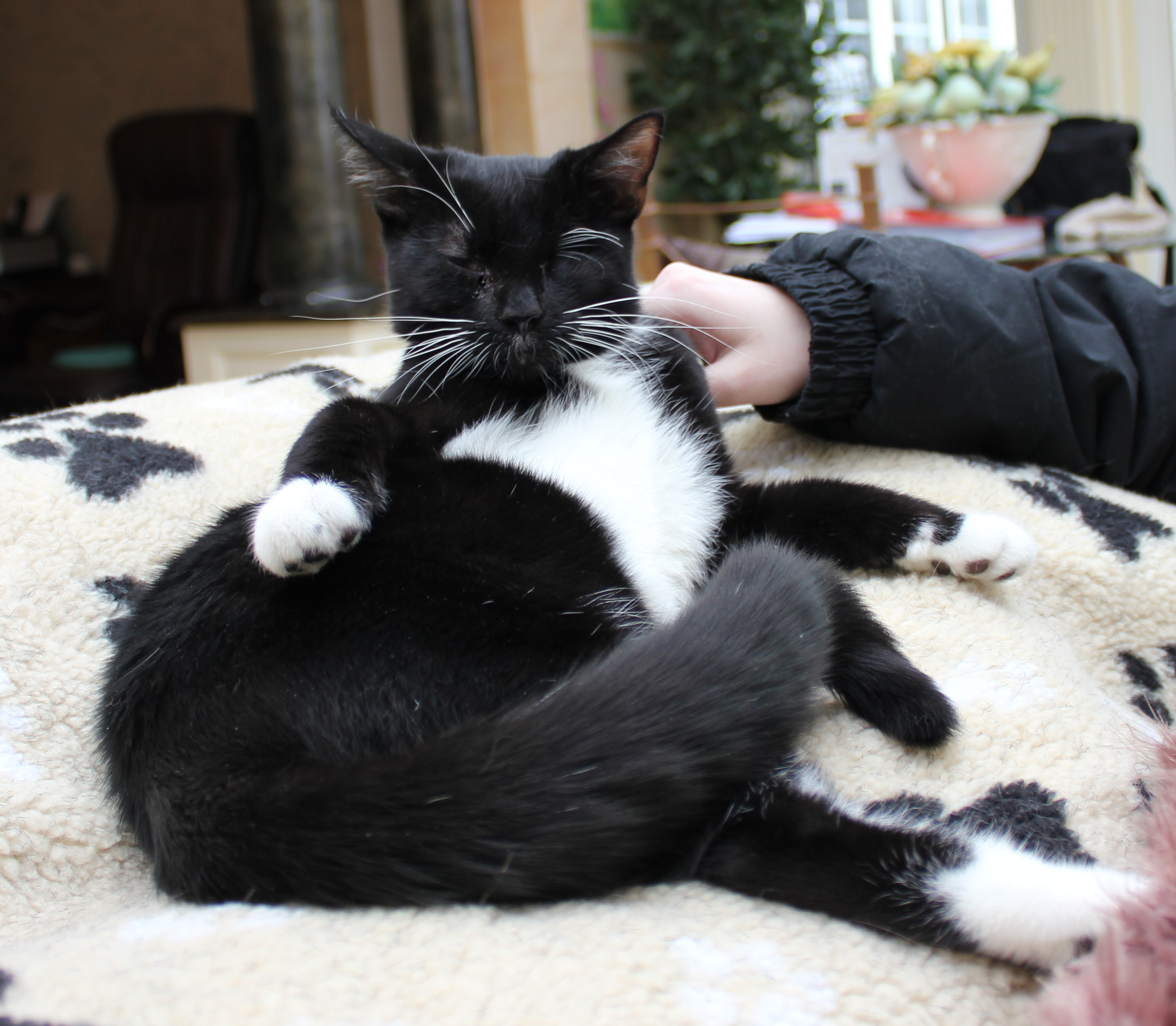 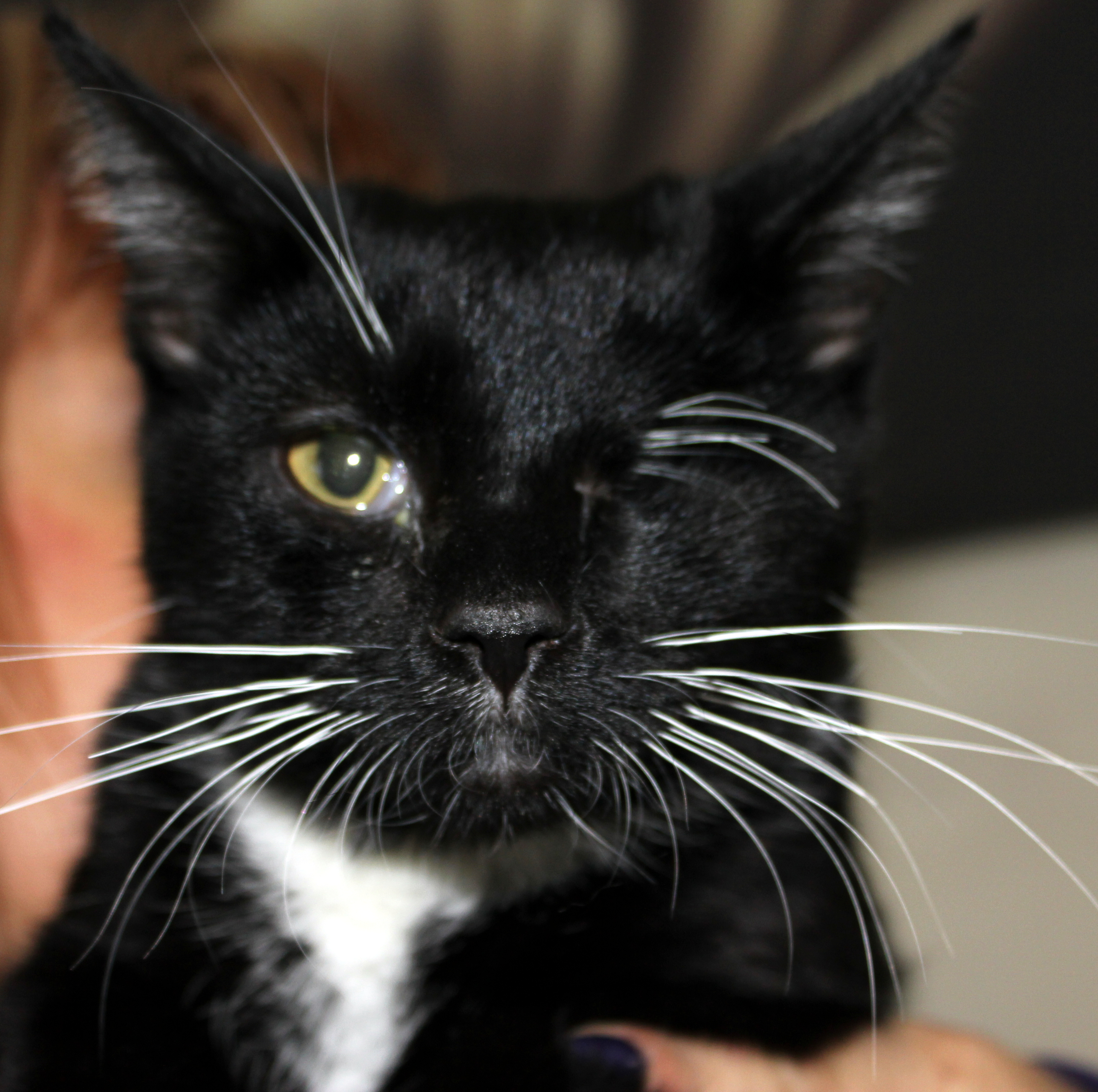 Mimo did in fact not come from Italy, even though he has an Italian name.  He arrived with two other very young kittens of 10 days old. Close to death after their mother had been run over.  The owners had been trying to keep them alive by hand rearing them, but they were slowly slipping away.
We were in time to save Mimo but only just.  He was in a very bad way and this resulted in a nasty infection to his eye which became ulcerated.  The vet recommended the removal of the eye as it would cause him  pain and discomfort for life.  Mimo sees just fine and because hand reared, is the most loving little boy!