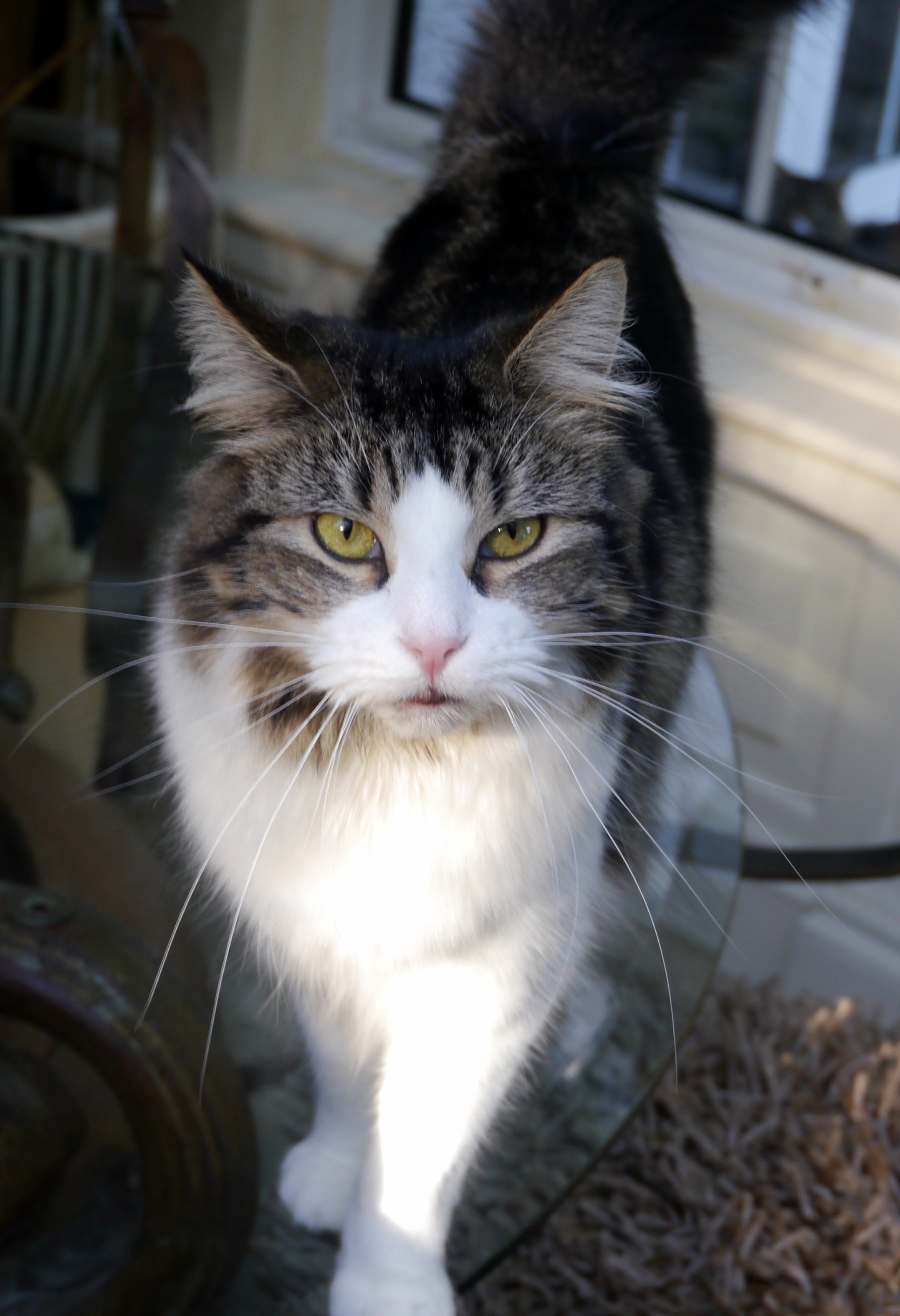 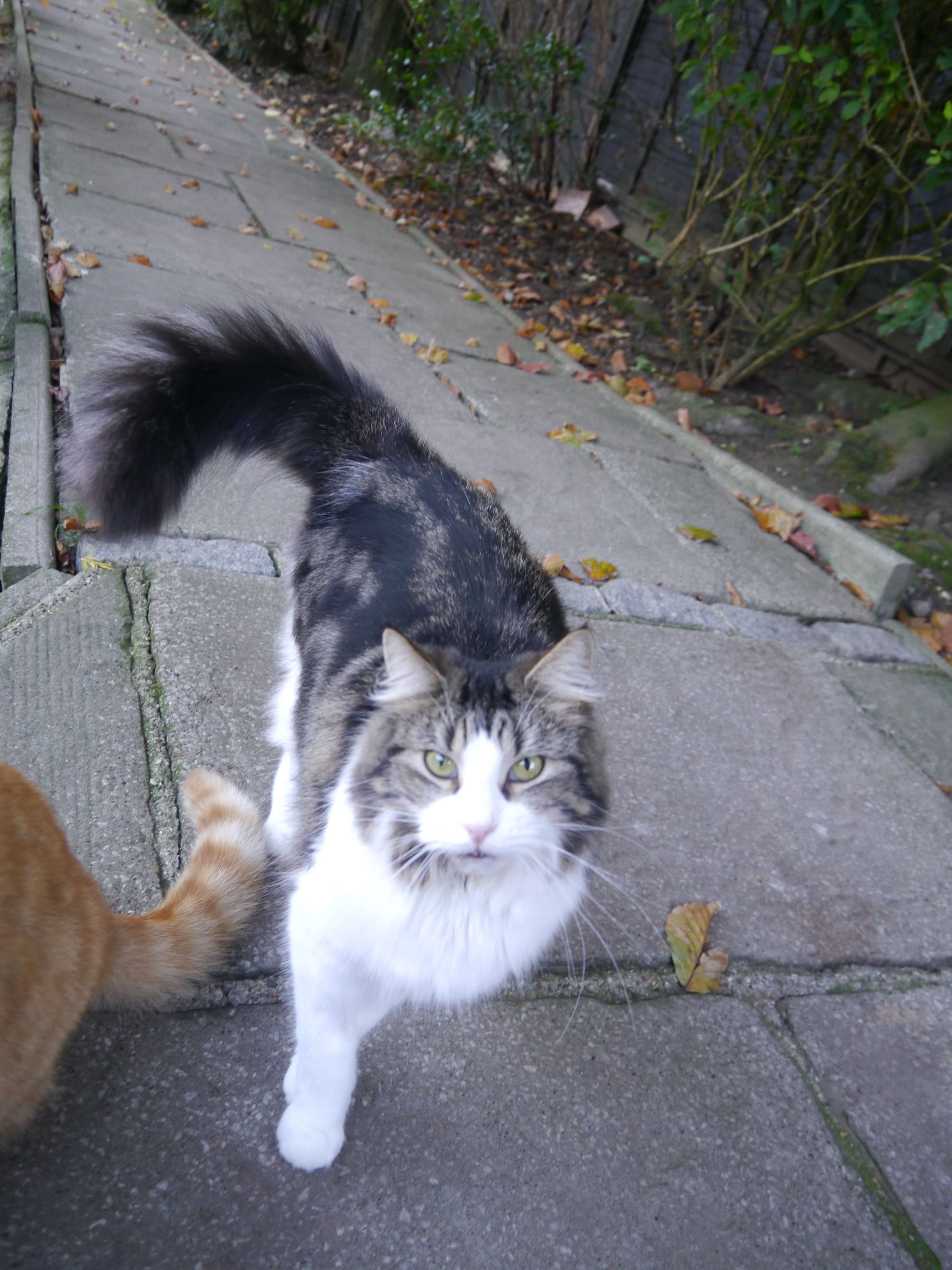 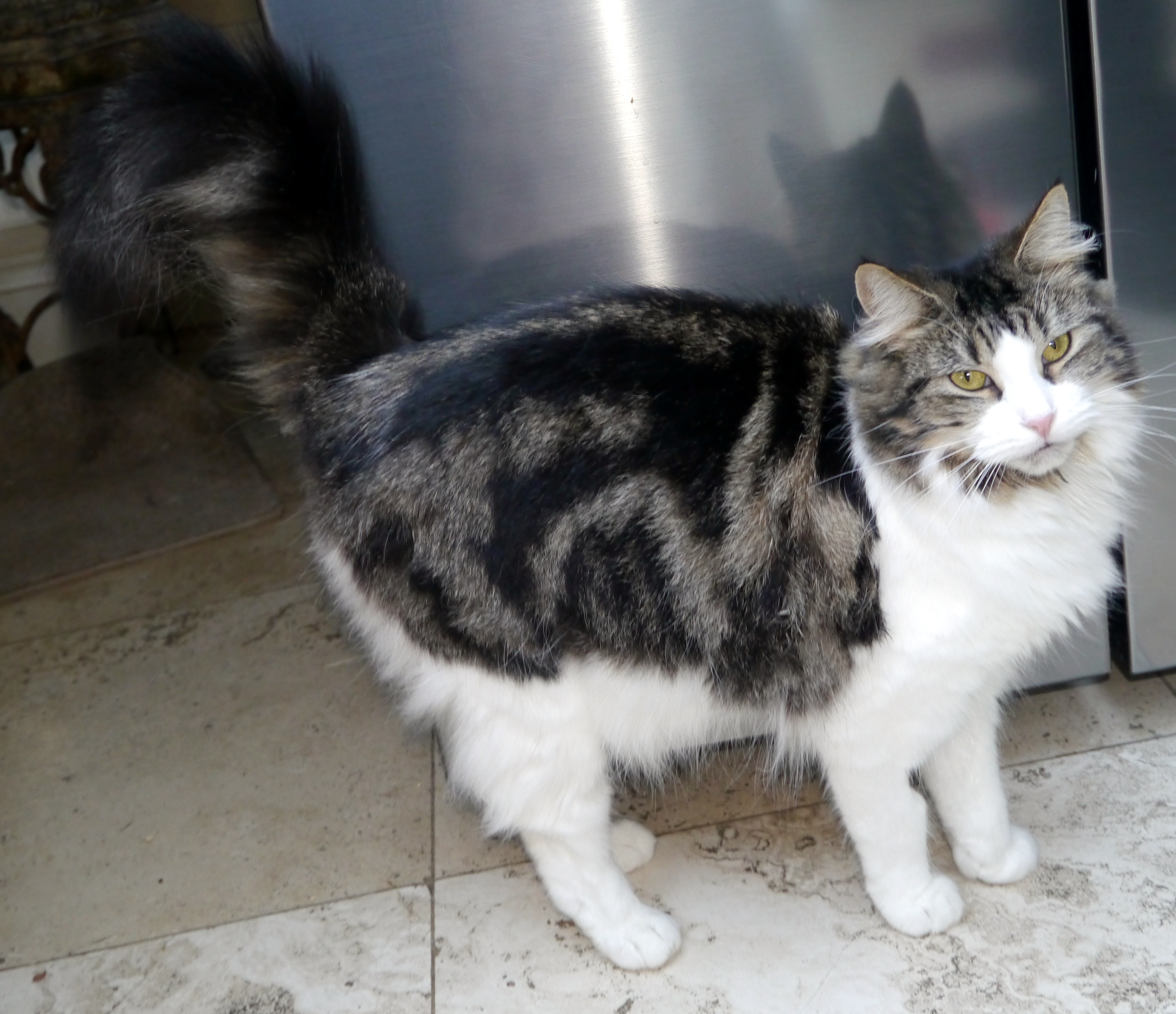 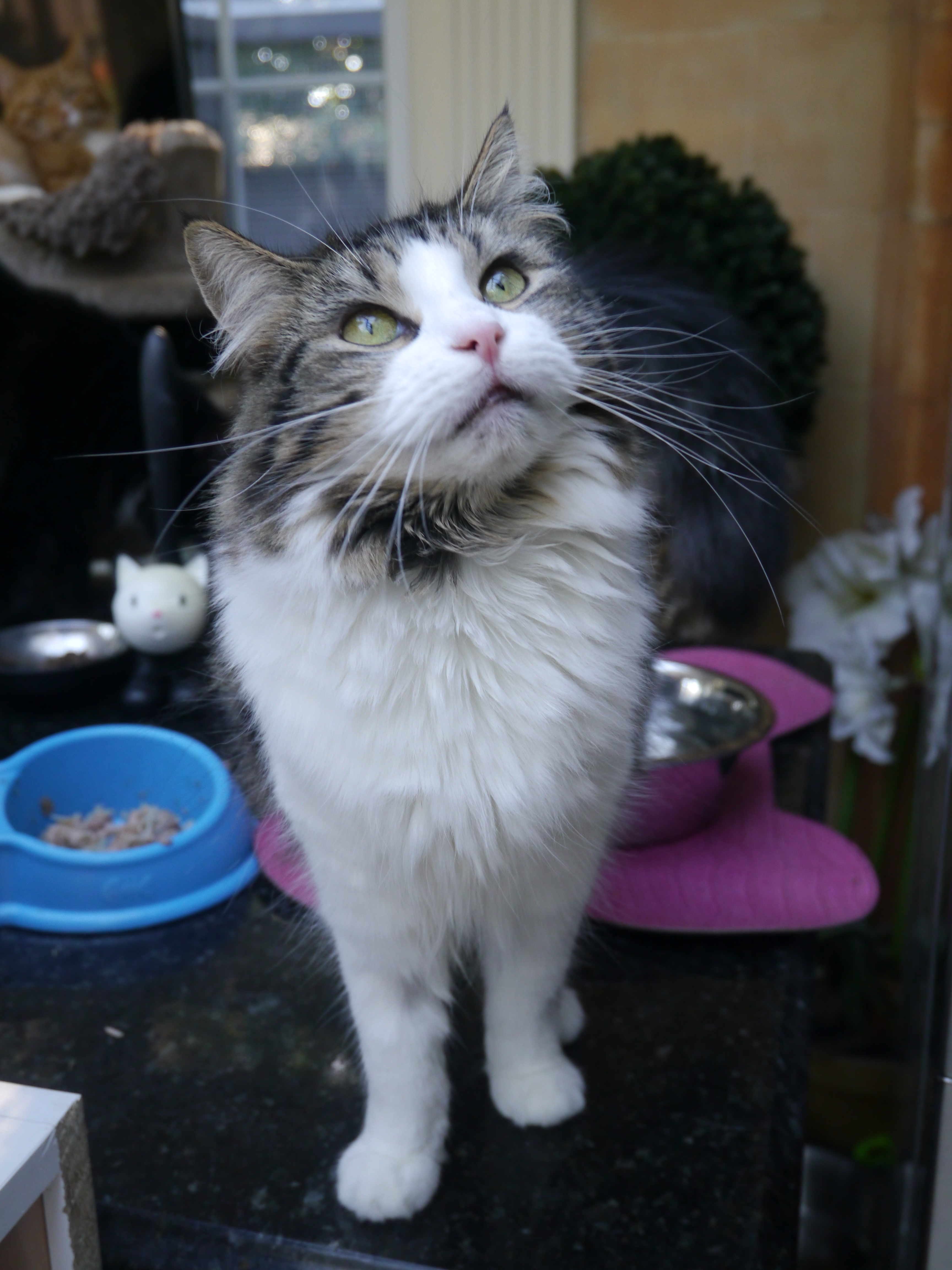 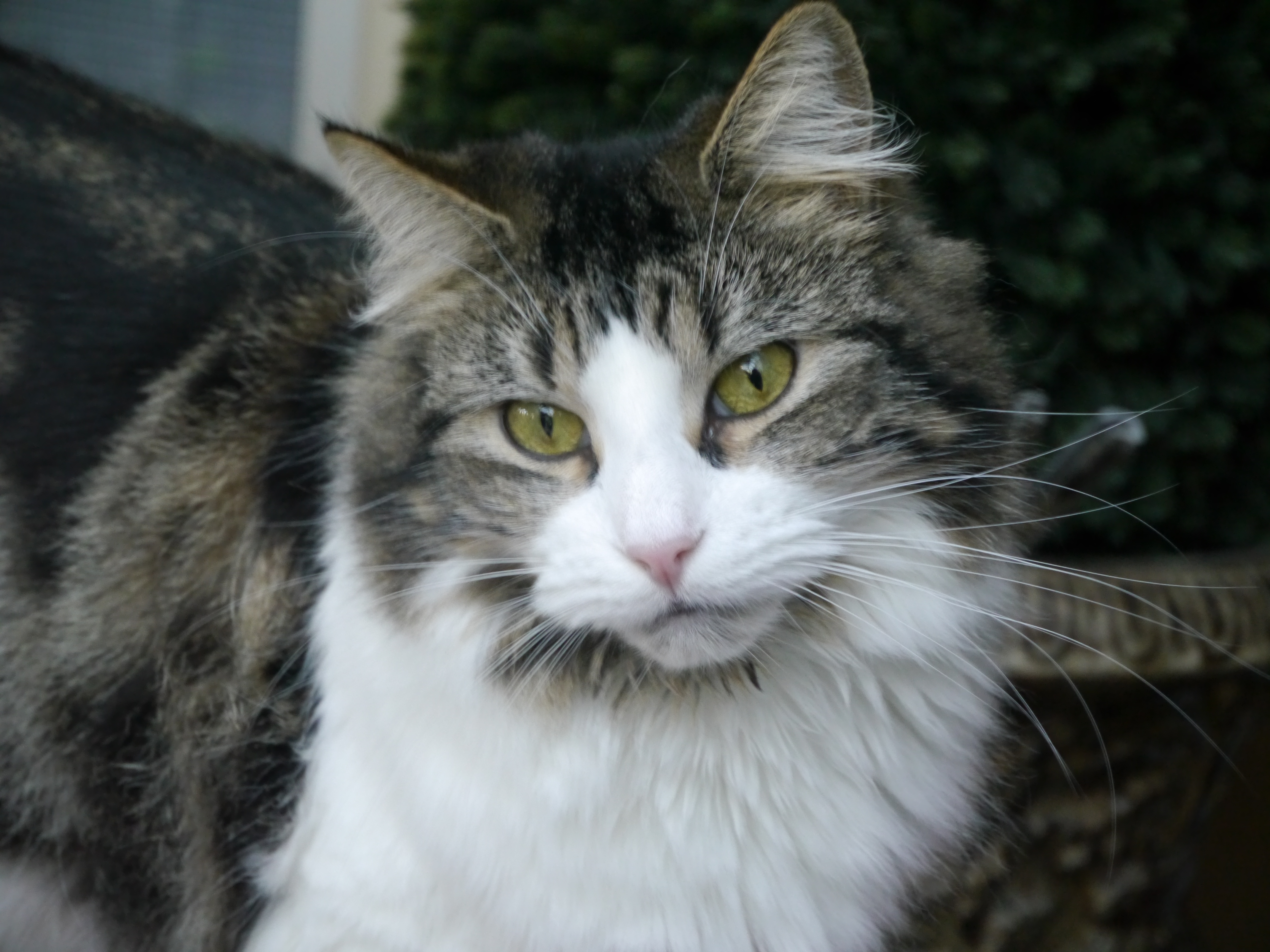 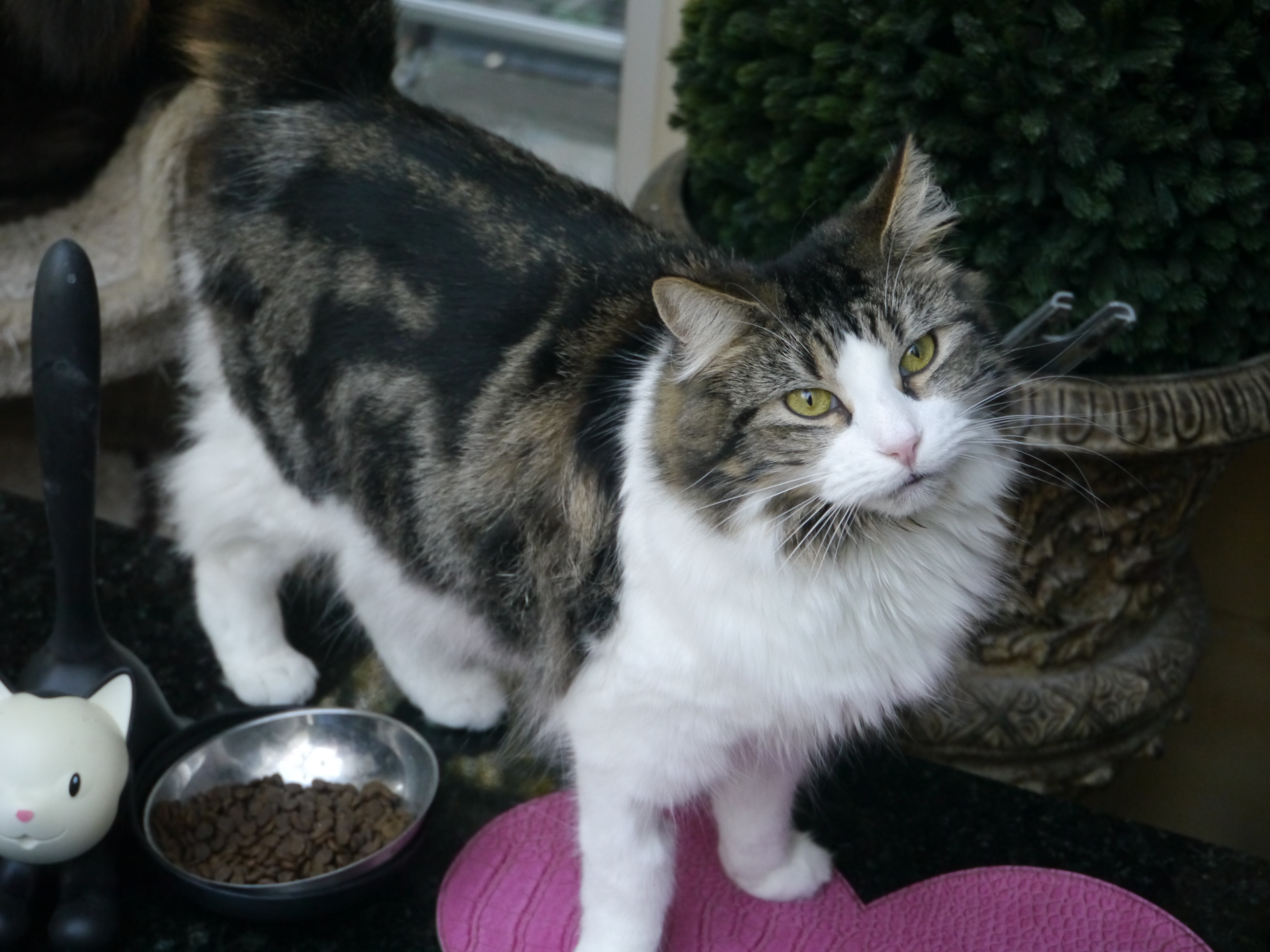 Little Roz was born at stables with her brother Rolo. Their mother was friendly but the kittens were not handled and became feral.  The owners were worried and wanted the kittens to be out of danger and mum safely neutered and re-homed.

After several attempts at capture, the kittens were brought to us with mum with no warning, but of course we took them.  Friendly mum was neutered and re-homed very quickly. Roz and Rolo stayed very scared, running from everybody in fear!

As the kittens grew older they were neutered and chipped . We felt releasing them into the main house garden would be kinder to them. A secure high fence! No getting out! Hoping that they too would find the cat flap to the main house and start to come in.

Within a day Roz found his way into the house. We were so shocked to see her sitting on the dining room table!  She has become so confident! Cheeky, determined, not frightened of anything! Still untouchable but will sit right up to you, finish off any food that’s left, a real character with such a pretty face.

Little Rolo is trying to live up to her bravery but is still nervous. They are certainly living a safe and loving life now.

Roz has grown up quite a bit now.  Also she has become friendly to people and really enjoys a stroke.  Its so great to see such a turn around.